‘Bhuj: The Pride of India’ film review: The real life heroes of 1971 deserved a better tribute 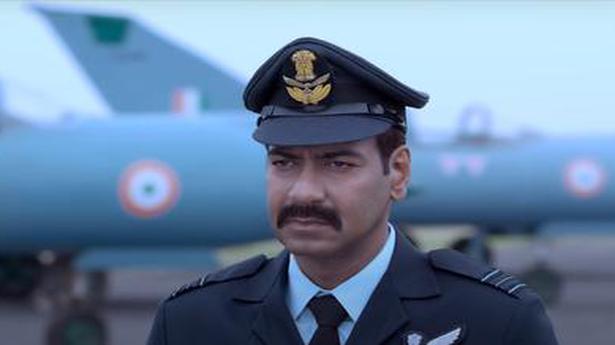 As the end credits of Bhuj: The Pride of India roll, photographs of squadron leader Vijay Karnik, Indian army scout Ranchordas Pagi and the women of Bhuj who helped repair the damaged Indian Air Force air strip in 1971, are shown. What were their thought processes and what gave them the strength to take on a tough task on war footing? This film doesn’t have the answers, since its formulaic narrative is limited to pandering to its stars.

In December 1971, when the airstrip and two pivotal bridges that connect Kutch to the mainland were damaged by Pakistan durimg the war, the onus was on the Indian army to make the airstrip functional again and thwart a larger, looming attack. Karnik was helped by 300 women from Kutch. This story could have been made into a compelling war film that piques interest.

Bhuj: The Pride of India

However, director Abhishek Dudhaiya and his co-writers Raman Kumar, Ritesh Shah and Pooja Bhavoria pack the film with hyper-nationalistic dialogues, like the ones on on Maratha valour and Mughal outsiders, while missing out on the emotional heft behind the the story.

Ajay Devgn plays Karnik, Sanjay Dutt is Pagi and Sonakshi Sinha is the social worker Sunderben Jetha Madharparya who convinced the women of her village to help the Indian army. There’s a constant urge to show these stars in their best, with slow motion walks thrown in.

The film begins with the bombing of the airstrip. Through the course of an incoherent recap of events that led to the attack, flight Lieutenant Vikram Singh (Ammy Virk), officer R K Nair (Sharad Kelkar) and spy Heena Rehman (Nora Fatehi) are introduced. Even before the story finds its groove, it pauses to celebrate Vijay and Usha (Pranitha Subhash’s) wedding anniversary with song and dance.

Bhuj plays out like an outdated Bollywood action entertainer where action sequences, shrill rendition of dialogues, and songs pop up at regular intervals. The story of how the women were mobilised to help the army is reduced to high-pitched dialogues and a bhajan or two.

It doesn’t help that the characterisations barely skim the surface. As Pagi, Dutt plays the ‘desert eagle’ who scours the region and picks up intel that helps the army. But the characterisation doesn’t go beyond his oversized pagris and kohl-lined eyes. Sonakshi is referred to as ‘sherni’ Sunderben. As though to validate it, she holds her infant on one arm while wielding a weapon on the other arm to tackle a leopard that eyes her cow. Oh, and the women are always perfectly turned out. Even when they are rebuilding the runway.

Restrained performances come in from Sharad Kelkar and Ammy Virk but eventually, they look lost in the melee. Norah Fatehi comes in briefly as a spy.

Bhuj has ambitious war sequences made for the big screen — a few work while others are let down by sub par visual effects. The heroes appear invincible. Devgn gets enough bandwidth to strut in slow motion and Dutt single handedly takes on many Pakistan soldiers.

Bhuj is no Uri: The Surgical Strike or Raazi to keep us invested in the on-screen happenings. It isn’t a gripping action drama, let alone a war film inspired by real events.

The women of Kutch and the Indian army heroes deserved a better film.