‘CODA’ movie review: A compelling story that finds its own groove and does not waste its talent 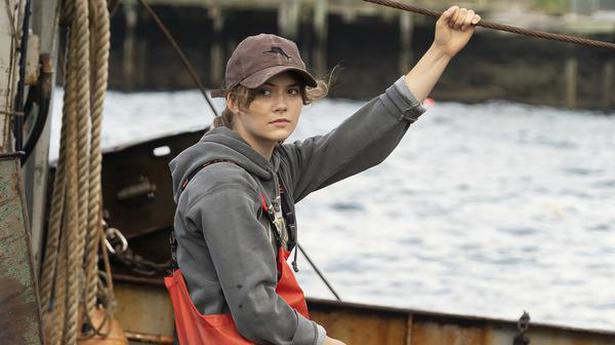 If there is one movie you watch in 2021 and you want it to be a feel-good one, let it be Sundance-winner ‘CODA’ for its inclusivity of the deaf community, a love for music and its coming-of-age wonder

If you think CODA is going to be your run-of-the-mill ‘disability’ movie, you’re in for a surprise. Directed by Siân Heder (writer of Orange Is The New Black and director of Talullah), it is an organically-told story of a family that happens to be deaf and adapting to financial challenges and raising a family. But there are waves of humour in this film, some dark and some cringe, but all welcome.

The film — an English remake of 2014 French comedy-drama La Famille Bélier — follows the Rossi family, who reside in a seaside town in Massachusetts. Daughter Ruby (Emilia Jones) is a 17-year-old high school student who happens to be the only hearing-abled person in her family. She occasionally helps her older brother Leo (Daniel Durant) and father Frank (Troy Kotsur) run their family-owned fishing business with starts to face some financial hardships. Her mother Jackie (Marlee Matlin) is both affectionate and somewhat over-dependent, which often drives Ruby up the wall.

Despite often donning flannel shirts and denim overalls and brimming with teenage ennui, Ruby does not fall into the over-used typeset of ‘edgy and non-typical female lead’ due to Jones’ mindful portrayal. The British actor’s embodiment of a small-town American teenager desperate to make more of herself than her ‘fisher-girl status’ at school is a delight to watch. She brings equal measures of humility, self-deprecation and ambition to Ruby, making her one of my favourite and most relatable personas I’ve seen on screen this year.

It is hardly a surprise CODA’s cast is uniformly wonderful, getting mileage from a range of characters that all bring something special to the table. Kotsur is terrific at playing the frustrated and doting father caving into the pressures of keeping his family and business afloat, while still not fitting into the the fisherfolk circles in his town. Kotsur and Matlin’s partnership as Daniel and Ruby’s parents is worth a watch. Whether they are hot and heavy for each other or playing loud gangster rap in their truck, they bring hilarious and unending embarrassment to Ruby but also a lot of honest warmth. And though Leo gets into brawls in bars and is seen lounging around with a beer if he is not emptying fishing nets, Durant summons a likeable vulnerability and bawdiness to what otherwise would have been a margin character.

Then there is Eugenio Derbez who plays the effervescent Bernardo Villalobos, the high school’s choirmaster who helps Ruby nurture her passion for singing. Ruby — who had long been used to speaking through American Sign Language and being on the social sidelines at her school — learns the true power of her voice through the repeated breathing, yelling and other lung-exhausting exercises during her choir sessions where the group sings classics like Marvin Gaye’s ‘Let’s Get It On’, Gaye and Tammi Terrell’s ‘You’re All I Need To Get By’ and The Isley Brother’s ‘It’s Your Thing’. (I will be honest, I was worried this would meander into Pitch Perfect territory, but it did not.)

A notable character in the film is the town of Gloucester itself, raising its own set of challenges for the Rossi family. Though a sleepy setting on the surface, it has the usual small-town reality of an onset of industrialisation of grassroots businesses like fishing. The Rossis’ business could go under due to a new commercialisation model that could rob them, so they offer to sell their fish directly to customers which, as Leo states in one scene, means they can “finally be a part of this community.”

Then, Ruby is faced with a difficult balance of helping take care of her family and pursuing her dreams once she finishes high school. What follows is an emotional and uplifting coming-of-age journey that will draw out some tears and hiccups. The film’s name is evocative of Ruby’s journey to not the end as codas in music intend, but rather the start of her next chapter.

Though music is a strong component in this film, it rightfully remains as such and does not overshadow the core storytelling. The emotive score of strings by Marius de Vries has a subtle restraint that is slowly lessened as Ruby comes into her own; the compositions make for an ideal companion to the visual narrative.

That said, it is no surprise that CODA won the U.S. Grand Jury Prize, U.S. Dramatic Audience Award and Special Jury Ensemble Cast Award at this year’s Sundance Film Festival. Many films of 2020 and 2021 have been commercial ego trips for filmmakers and producers. But CODA, with its generosity of spirit, is an understated triumph with a lot of human warmth to it, which audiences are in dire need of right now. Heder, as a director, does not waste the talent in this film that does not break under the weight of its metaphors of acceptance and ambition. If there is one movie you watch in 2021 and you want it to be a feel-good one, let it be CODA.