The Telugu novel Konda Polam (which translates to forest grazing) written by Sannapureddy Venkatarami Reddy narrates the adventures of shepherds venturing into a hilly forest region to feed their cattle. Director Krish Jagarlamudi’s Telugu film, based on the book, is a coming-of-age story of a guy from the shepherd community who studies B.Tech and is unable to land a corporate job and learns life lessons from the jungles to fight predators. As the film starring Vaisshnav Tej and Rakul Preet Singh gears up for theatrical release on October 8, the director opens up on what went into its making.

Edited excerpts from the interview:

Konda Polam has the tagline ‘An epic tale of becoming’. Most of your films have been ambitious and large in scale, isn’t it?

I cannot do regular love stories or revenge dramas. With each film, I crave for a new chapter. My initial films Gamyam (2008) and Vedam (2010) were not written to be small films, though we worked with limited budgets. When I write or adapt a story, I do not limit my imagination. The soul of the story is important; if the character evolves during an epic journey, so be it. Kanche (2015) was set during World War II and Gautamiputra Satakarni (2017) was a historical drama, warranting bigger budgets. My next, Hari Hara Veera Mallu with Pawan Kalyan, is set in the 17th century during the Mughal reign.

Theatre, literature and history have influenced your films. Can you recall your early memories of being drawn to literature?

I grew up in a large family of about 30 members, including six uncles and aunts. My grandfather inculcated the reading habit in me. At an impressionable age we learn from our elders, which is more than what we can absorb from any personality development or self-help books. Whatever I have learnt from my elders has held me in good stead.

When did you read the novel Konda Polam? 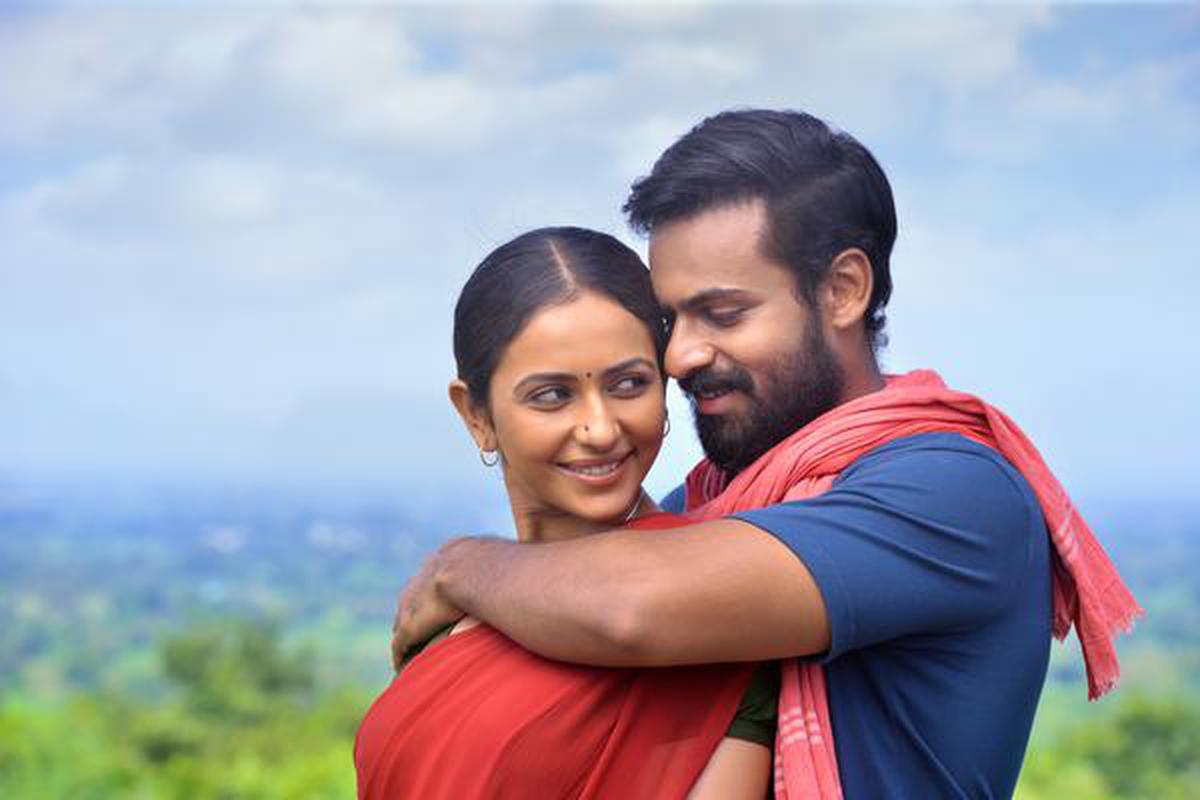 Director Sukumar introduced me to the book during the pandemic. I loved the book, bought more copies and gifted them to Pawan Kalyan, Balakrishna and a few other friends. I knew that someday I might adapt it into a film, but didn’t think I would do it so soon. The story kept coming back to me and when I bounced the idea to Pawan Kalyan, he graciously asked me to do this film first and then Hari Hara Veera Mallu. He was filming for Vakeel Saab at the time. It was also the time when civil services results were announced and I thought it would be interesting to develop Konda Polam into a story of a shepherd becoming a forest officer. I also wanted to incorporate a beautiful love story into this. I bought the rights and approached Sannapureddy to write the screenplay.

Love Story also has a character choosing a different path after studying B.Tech. Is this a reflection of present times?

There are many of us in the industry who studied engineering and moved to cinema. Blessed are those who can do what they are passionate about. I would describe Konda Polam as the journey of a man who stops following the herd and becomes a shepherd. He studies B.Tech because everyone else is doing it. His low self esteem and deficiency in English makes it tough for him to get a job. He finds his true calling in the forests.

Not many knew of this film before you released the first look a few months ago. Were considerable portions already filmed? Yes, we wanted to keep it that way. Though the story in the book is set in Nallamala, permissions were tough to come by during the pandemic and we filmed in Vikarabad. About 80 of us were in a bio bubble. We ventured into the forest with 1,000 sheep and their shepherds. Deep into the forests, villages may not have water and other essentials for all of us. So we took everything with us, followed protocols while filming with the sheep and factored in weather conditions. Other animals were created with visual effects. We had also requested permission to film in Goa, but since those forests were in a tiger zone, taking the sheep wasn’t feasible. At the end of the 40-45 days schedule, we learnt some of the techniques used by the shepherds and also started to identify the sheep.

What went into the casting?

I wanted someone new as the protagonist. I happened to watch Vaisshnav Tej in the song ‘Nee kannu neeli samudram’ from Uppena long before the film was released. I liked the intensity in his eyes and felt he would be apt. He has the zeal to learn. We wanted an experienced leading lady and cinematographer Gnanashekhar V S suggested Rakul. While narrating the story to her, I was sure I had found Obulamma (her character). Rakul is a go-getter and quick to grasp.

The film is already getting noticed for its visuals and the music. What went into the planning?

We wanted a nature-inspired visual palette. As we move from drought to greener pastures, you will see a range of warm browns and greens. Nature is a great canvas and each day was an exciting experience. Gnanashekhar captured it beautifully. Musically speaking, I would say that if I made a good film, M M Keeravani turned it into a great film. I was thrilled to see him work. During re-recording, the process of selecting where to begin the music is called spotting. He has the knack of identifying the right moment. Post release, we plan to release the OST.