HomeEntertenmentGigi Saul Guerrero on ‘Bingo Hell’: ‘Only we can understand what scares...
Entertenment

Gigi Saul Guerrero on ‘Bingo Hell’: ‘Only we can understand what scares us’ 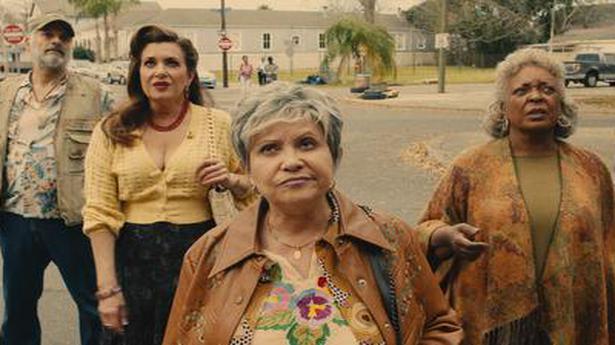 The first horror movie Gigi Saul Guerrero watched was Child’s Play 2. Speaking from San Diego, the 31-year-old Mexican-Canadian filmmaker says, “My mom did not allow me to watch anything scary so I would watch plastic surgeries on TV. I was a strange and dark child (laughs).

There was something about being kept away from horror that attracted Guerrero. “Once I watched Child’s Play 2, after secretly disobeying my mom, I was convinced Chucky was in the room with me. Horror is the only genre that follows you home. Every horror movie I would watch after that, I felt that those villains, those characters were with me.”

Horror films deal with social commentary and topical themes, even as it is kept entertaining, says Guerrero. “This is the only genre where you laugh, squirm, scream and have something to talk about.”

A good horror film Guerrero says should have relatable characters and themes. “You can set them in any world, with any kind of monster, as long as it is relatable. Only we understand what scares us.”

The scariest horror film, according to Guerrero is The Conjuring. “I am Mexican and I believe in ghosts and demons. I do not play the Ouija board, thanks to The Conjuring. The Exorcist still stands today as the scariest film ever made.”

Guerrero is part of the Welcome to the Blumhouse anthology series. Her film, Bingo Hell, tells the story of a group of senior citizens fighting for their neighbourhood against an evil force. Guerrero has a funny story about the inspiration for the film.

Story behind the story

“This is my second movie with Blumhouse,” she explains. “My feature debut, Culture Shot, did well. Blumhouse asked me, ‘what is your next idea’. I said ‘Well, I just happen to have the greatest, horror movie idea for grandparents.’ My long-time friend and co-writer, Shane McKenzie, called me and said ‘Gigi, last night I was at my mother-in-law’s bingo hall, and I played bingo with her. It was the most terrifying experience of my life.’ I said ‘what was so scary?’ He said, ‘I have never seen seniors so scary and competitive in my life.’ I said to him, ‘Well, my grandma plays bingo, religiously with her brothers and sisters.’ And Shane said the magic words, ‘I wonder what would happen if we took bingo away from these old folks.’ I said, ‘Well, get ready, because grandma has a shotgun ready to kill whoever does that.’ And that is what inspired Bingo Hell.”

Working in an anthology is all pros, the vivacious filmmaker declares. “It allows under-represented voices to have a safe place to tell their stories. It is hard to break into the industry as a Latina, a woman and a young filmmaker. An anthology like this gave me that chance.”

The casting was the most rewarding and biggest blessing of Bingo Hell, according to Guerrero. “As a filmmaker who is just starting out, it is a dream come true to work with such seasoned actors. They are masters at what they do. I got every single actor that I wanted. We got the incredibly-talented Academy Award nominee, Adriana Barraza, as Lupita, the lead character. She is my grandmother’s favourite actress, and I cannot wait to show the film to her.”

The seniors, including L. Scott Caldwell, who plays Dolores, Lupita’s best friend, takes the movie to a whole other level with their charm and unique stubbornness, says Guerrero. “I think that is what makes this movie so charming and endearing. We have not seen a movie with seniors as the heroes of a horror movie since the ‘70s. It is time for the true grandmother of horror.”

Aside from the lead actors, the villain, Mr Big, is played by Richard Brake. “You have seen him in Game of Thrones and Rob Zombie films. He humanizes Mr Big, bringing a scary charm that is manipulative and convincing.”

Bingo Hell has interesting music choices. “I worked with composer Chase Horseman for over eight years. Chase understood the themes of the movie. The music feels not just fantastical but also nostalgic. It was important for me that the music feels from the era of the characters. I wanted it to feel like the music the characters would listen to.

“It has a very Amblin- esque feel to it, like The Goonies or Gremlins. The music also takes the tone of old school fantasy from, say, Willy Wonka. The music is a blend of all generations, as well as colours. The characters of this movie are from different races and backgrounds, and have different accents. So we wanted that feel through the music as well. We have soul and open the movie with an opera song.”

Greed is not good

The themes of Bingo Hell include gentrification and greed. “Not having control of your own house is scary. Not only does Mr Big represent greed, he also represents the darkest side of ourselves. That is scary because it is something that we are all guilty of, a sign that all of us lose control. It is easy to fall into the trap of thinking that money is going to solve every problem and be the solution to everything.”

Being able to direct in Spanish, was memorable for Guerrero. “I do not usually get to do that. Barraza is from Mexico and being able to direct her, to give her that trust that it is okay to express in our language was beautiful.”

Apart from directing, Guerrero has also acted in films. “I love acting. I started as an actor, and it has helped me be a director, because I understand where the actors are coming from, their language and their vulnerability. Acting is so much fun because I get to learn from other directors, and also what not to do.”

As a storyteller, Guerrero says, you could be in the front or behind the camera. “Both are incredible and different experiences. At the end of the day, making movies is a collaboration. It does not matter what position you are playing. If I can tell a story with a team, I am happy.”