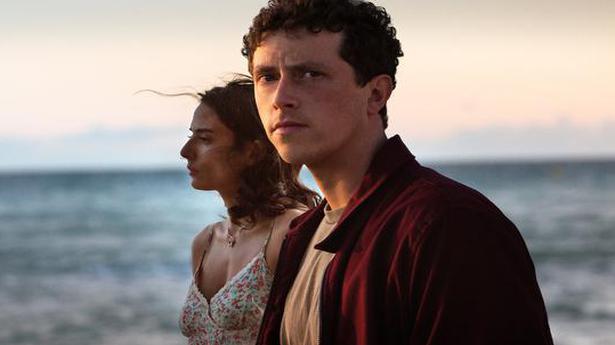 This has been a packed year for novelist Harlan Coben, who signed a multi-million-dollar deal with Netflix to adapt 14 of his novels. After The Innocent, earlier this year, which was set in Spain, comes Gone for Good based on Coben’s 2002 novel of the same name moving the action this time from New York to Nice. And then there is the British production of Coben’s Stay Close (2012) starring Cush Jumbo, James Nesbitt, and Richard Armitage coming soon to the streaming platform.

Gone for Good features Coben’s favourite themes of ordinary people getting caught in extraordinary circumstances and the past never staying buried. The book has Coben staples of extreme violence, a horrifying antagonist and so many twists and turns that it would make a self-respecting jalebi blush. The show follows the main plot while excising some of the more outlandish twists of the novel.

The show opens in 2010 in Nice when Guillaume (Finnegan Oldfield) suffers a double tragedy. Sonia, (Garance Marillier) who he used to date, is killed and his brother, Fred (Nicolas Duvauchelle) who he idolises, is shot and presumed dead. We come to the present when Guillaume is working with Daco (Guillaume Gouix) helping vulnerable youngsters.

Life is preparing a second round of sucker punches for Guillaume as he loses his mother to cancer and his girlfriend, Judith (Nailia Harzoune), vanishes after attending the funeral. As Guillaume desperately searches for Judith, he realises she was keeping a bunch of secrets from him. Sonia’s sister, Inez, who was a little girl when her sister died, comes looking for answers.

Guillaume realises Judith’s disappearance is linked to Fred and his two close friends from school, scary Ostertag (Tómas Lemarquis) and wealthy Kesler (Grégoire Colin). Each episode is dedicated to one of the principal characters and what brought them to their present station, including Daco who was a white supremacist before realising the error of his ways or Inez, whose remembered snatches of conversation on the night her sister died keeps her awake at night.

Gone for Good is fairly engrossing and moves along at a brisk pace. The acting is nothing to write home about, while the action and the car chases do not seem to be integrated seamlessly into the narrative.

One of the main reasons to watch Gone for Good apart from its middling thrills, is the chance to see Nice, Evry and Sardinia. The view from Guillaume’s house is mind-blowing and those colourful houses are picture postcard-pretty. Now we can wait for Stay Close, which is supposed to have an almighty twist, quite different from the book.

Gone for Good is currently streaming on Netflix