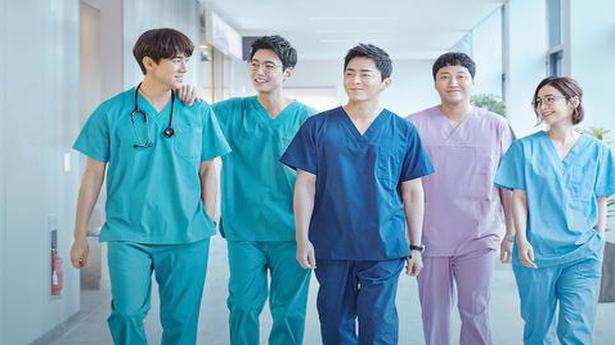 In these rather turbulent times, Yulje and its doctors brought a lot of solace for several fans with its wholesome themes and stellar acting from its ensemble cast

Over the last four months, Thursdays for several K-Drama fans across the world became synonymous with a new episode of Hospital Playlist’s second season. The hugely popular 2020 K-drama came back for its second innings from June this year and brought with it, a lot more music, warmth and camaraderie.

The show follows the lives of five surgeons at the busy Yulje Hospital, who have known each other since their days in medical school. There’s Yulje’s most popular and charming Lee Ik-Jun (Jo Jung-Suk) who is a general surgeon; the sweet and sensitive pediatric surgeon Ahn Jeong-Won (Yoo Yeon-Seok); Yang Seok-Hyeong( Kim Dae-Myung) who is a skilled yet seemingly aloof assistant professor of obstetrics and gynecology; wry, sarcastic and empathetic Cardiac surgeon Kim Jun-Wan (Jung Kyung-Ho); and the lone female member of the gang, resilient superwoman and neurosurgeon Chae Song-Hwa (Jeon Mi-do). The K-drama remains consistently wholesome and never strays too far from the friendships, banter, and camaraderie that make up some of its best scenes

The nearly two-hour long finale for this season stays true to the K-drama’s theme so far. There is nothing over-the-top or unnecessary, and it sticks to the wholesome comfort and stellar acting that fans have come to expect from the show.

What sets both seasons of Hospital Playlist apart from several other medical dramas is how it does away with the cliched trappings of the genre. The focus here is not on hospital politics, clashing of ideals or other such conflict. With its relaxed pace, the slice-of-life show instead delves into the bond that the five protagonists share with their patients, co-workers, and each other. While a lot of time is spent in discussing diagnoses and taking the viewers through some complex surgical procedures, Hospital Playlist goes beyond this. Every patient has a story; there’s a lot of hope, resilience and grief that the doctors at Yulje encounter as they navigate professional highs and lows. It’s also refreshing to see the relationship that the surgeons share with the interns and Fellows at Yulje. There’s no ego or dominance involved, and one can’t help but be invested in their journeys as they evolve.

While some excessively detailed medical procedures could have been done away with, it’s the pace of the show especially in the second season that has been a bit of a drawback.

Even though the writing lags in parts, it however helps that the K-drama remains consistently wholesome and never strays too far from the friendships, banter, and camaraderie that make up some of its best scenes. It’s the little moments; a surgeon offering his exhausted interns a ride back home, a new mother leaving a warm meal for the nurses taking care of her baby at the NICU, the joy that a sudden spell of rain brings after long hours at the hospital, or a child telling his guilty surgeon father that he understands he’s busy out there saving the universe.

There’s a lot more romance in the air this time around, and full credit to the writers for never once letting this overwhelm over the other aspects of the show. 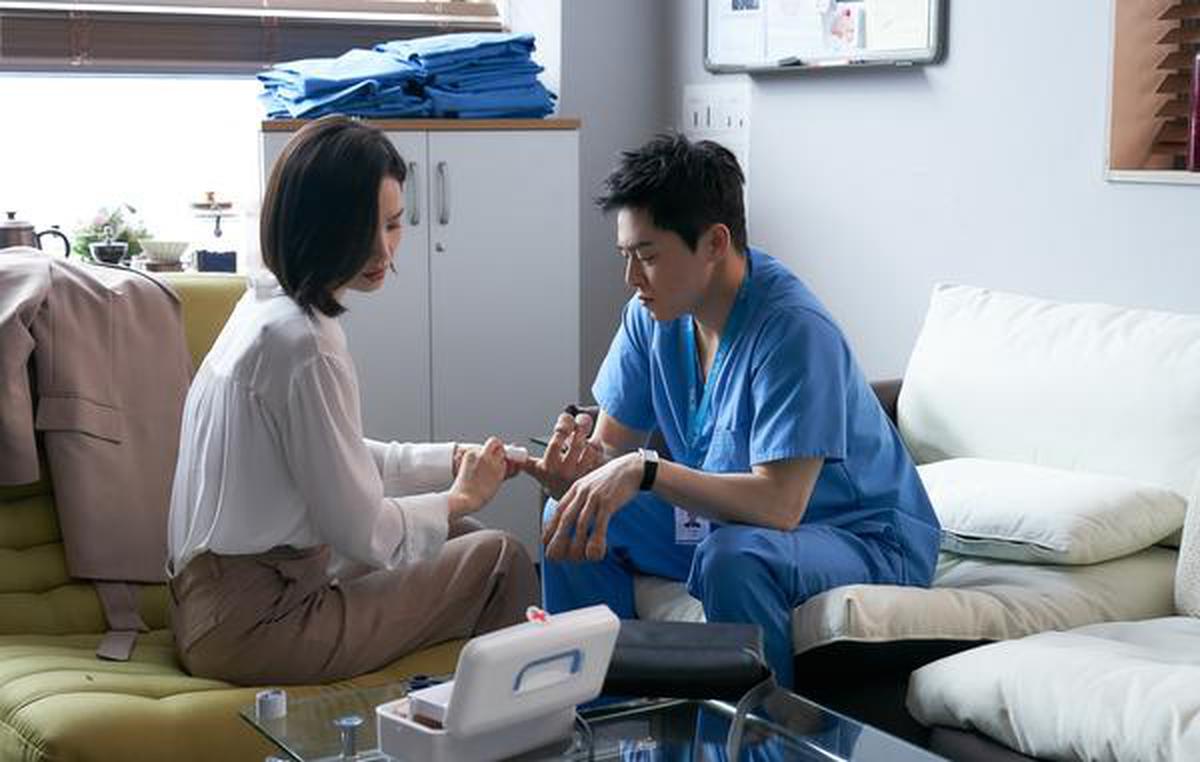 A still from the series

The first season clearly seemed to have been a warm-up for our rag-tag Hospital Band, because the songs in the second season are several notches higher in terms of entertainment value. Watch out for their feisty cover of Bon Jovi’s It’s My Life; these docs need to move out of their basement practice room and get on-stage already!

Much like writer-director duo Lee Woo-Jung and Shin Won-Ho’s Reply 1988, food brings the gang together and is a prominent symbol of comfort and endearment; be it a hurried lunch that they meet up for at Song-Hwa’s office in the hospital, or a leisurely dinner during the rare instances when they have time away from work.

Fresh strawberries, iced Americanos, grilled meat and comforting bowls of ramen; this and much more bear witness to everything, ranging from confessions of love to announcements on major career changes. In one of the most poignant scenes in the second season, two mothers in the hospital whose babies are in the NICU, find comfort in each other and forge a bond as they share a homemade meal.

Hospital Playlist’s strength lies mainly in its brilliant ensemble cast. It’s tough to pick a stand-out performance since all the actors are so believable and earnest, but Jo Jung-Suk’s Ik-Jun will go down in K-drama history as one of the best male characters. It’s a portrayal that could have come off as tedious and annoying on screen, but Jung-Suk is immensely likable and maintains his terrific screen presence from start to finish. It’s hard to believe that Hospital Playlist is Mi-Do’s first K-drama role since she’s such a natural.

In these rather turbulent times, Yulje and its doctors brought a lot of comfort, peace and warmth for several fans of the show every week. The makers of the show have hinted that there won’t be a third season in the near future, but here’s hoping everyone’s favorite-music loving surgeons from Yulje, Uju, Chairman Jong-Soo, Ro-Sa and the others make a comeback soon. The show is a testimony to the fact that dramatic doesn’t always spell entertainment; the languid every day and those small moments of warmth are more than enough.