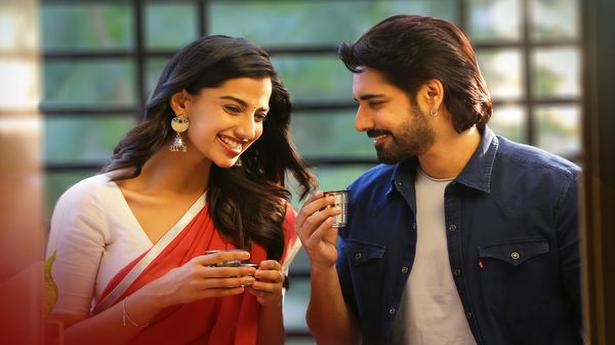 Just when we thought Chi La Sow and Ala Vaikunthapurramuloo ushered in a good phase in Sushanth Anumolu’s career, Icchata Vahanamulu Nilaparadhu disappoints because of the way it has been written. If you are looking to understand the relevance of the title to the story, wait till the second half when the hero makes it very obvious, tapping the ‘No Parking’ signboard before he enters the heroine’s house. The message is loud and clear.

Arun (Sushanth) is smitten by his intern Meenu (Meenakshi Chaudhary) — an architect in his company — and as their relationship progresses, she tells him that she wants to go on a bike ride with him. Arun’s mother (Aishwarya) wants him to buy a car but relents and funds his bike instead. When Arun lands at Meenu’s place unannounced, she gets worried that her brother Narasimha Yadav (Venkat) who is a local politician might arrive any moment and run into Arun.

However, Arun enters the neighbours’ house by mistake, oblivious of a crime that had been committed there. He soon spots Meenu through a window, realises his mistake and quickly meets her, but by then the damage has been done; neighbouring residents and the cops arrive and upon seeing his parked bike, believe that the thief/criminal is the one who came on it and is somewhere around. Arun is therefore their first suspect. Meanwhile, the real culprit is at large. The rest of the story revolves around how Arun absolves himself of the crime.

There are several characters in the film, many of them with dramatic entries, but their actions lack intensity or impact. There is little sympathy for the hero when he is caught or being hit by the people from the terrace, instead, there is an air of nonchalance that does not help the story. Priyadarshi’s and Abhinav’s roles do not make a difference to the story. This is all due to poor writing.

This isn’t the best we’ve seen from Sushanth and Meenakshi has a long way to go in terms of acting. Sunil and Vennela Kishore manage to bring smiles.