‘Into the Night’ season 2 review: Cliffhangers aplenty, but Netflix thriller fails to engage this time 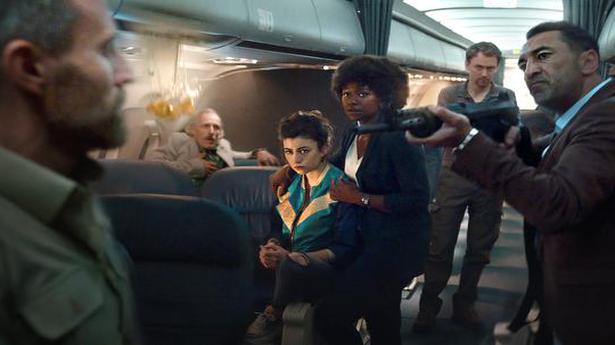 While the first season worked as it looked at a disparate group of people brought together to face a desperate situation, more of the same now makes it a bit of a bore

Before Jason George’s series based on the Polish science fiction novel The Old Axolotl by Jacek Dukaj, Into the Night was a 1985 film starring Jeff Goldblum as a depressed insomniac, who is drawn into all manner of shenanigans by Michelle Pfeiffer’s canny jewel thief. The John Landis movie, apart from starring the dishy Goldblum, cameos by directors (including David Cronenberg, Jonathan Demme and Lawrence Kasdan and some of the smoothest blues by BB King), featured the funniest bunch of thugs.

Also Read: Get ‘First Day First Show’, our weekly newsletter from the world of cinema, in your inbox. You can subscribe for free here

Into the Night also brings memories of Antoine de Saint-Exupéry’s poignant 1931 novel Vol De Nuit, and the awe and majesty of the pilot, Fabien’s final moments. All these mental diversions were possible in the second season of Into the Night, simply because it was not as gripping as the first.

With the life-giving sun turning against us and killing everything in its path, the first season of the Belgian show featured a bunch of survivors trying to outrun the sun. The six-episode series ran on adrenaline and begged to be binged.

Season one ended with the survivors getting into the underground NATO bunker while Terenzio (DStefano Cassetti), the NATO officer, who initially hijacked the plane when he heard of the sun’s about-face vis-à-vis the human race, is left chained to the gate to await the killing rays. While the first season worked as it looked at the tensions of a disparate group of people brought together to face an increasingly desperate situation, more of the same this time around makes it a bit of a bore.

The ‘running away from the sun’ concept has overstayed its welcome and the show could have been helped by taking a different tack; maybe survival horror. Some indication of what is being done to counter the death-dealing sun would have been nice too.

There is climate scientist, Horst’s (Vincent Londez) experiments with rats and some mention of others around the world trying to find a solution but mostly it seems our passengers are mindlessly haring it from point A to B.

An accident causes the food to run out in the bunker making it necessary to fly to the Global Seed Vault in the Svalbard archipelago where the team meet a disturbed woman, Gia. Meanwhile in the bunker, a horrid incident in the generator room featuring missing keys and a moral dilemma, widens the schism between soldiers and civilians who the soldiers rather uncouthly call ticks— parasites sucking away resources, while giving nothing in return.

People seem routinely thrown into prison or left outside to be burnt by the sun and they just as easily get free. There is also a great deal of running, driving and flying to and fro, as if the makers hope to make up for a lack of plot with a lot of movement.

At 40 minutes each, Into the Night does not feel like too much of drag on your time. With the second season also ending on a cliffhanger with an indication that Horst’s rats have shown a way, maybe season three will get back in stride, and we will be able to banish the sophomore troubles of the show into the great dustbin in the sky.

Into the Night Season 2 is currently streaming on Netflix