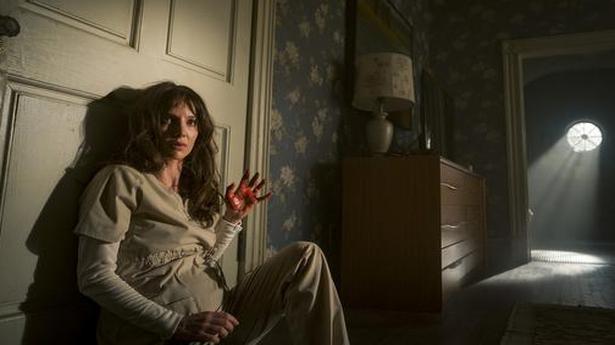 The ‘Saw’ and ‘The Conjuring’ filmmaker’s latest effort has some effective moments, but comes across as too mechanical overall

Malignant seems to be something put together by a machine diligently following an algorithm, which would go something like this. Take one scary-looking hospital, a haunted house, three sinister doctors doing shady experiments, one troubled pregnant woman and two funny detectives. Temper with jump scares, electrical appliances turning themselves on, an almighty twist and, most important, gory murders. Blend on high speed for a couple of minutes and voila, your horror movie is ready to serve.

Defined as a supernatural slasher film, Malignant tells of Maddie (Annabelle Wallis) who lives in an abusive relationship in a big old house with plenty of winding corridors and banging screen doors. After the horrific death of her husband, Derek (Jake Abel), Maddie starts hearing the voice of Gabriel (Ray Chase).

We hear of Gabriel in the beginning of the film, where many years ago, three doctors, Weaver (Jacqueline McKenzie), Fields (Christian Clemenson) and Gregory (Amir AboulEla) were trying to restrain a patient named Gabriel who apparently has the power to control electricity among other things.

In the present, after the death of her husband, Maddie seems to be able to see murders even as they are happening. Detectives Shaw (George Young) and Moss (Michole Briana White) find it difficult to believe Maddie even as her sister, Sydney (Maddie Hasson) tries to convince them. There is also a tour guide who has been kidnapped and is being kept captive. As Maddie digs into her past, things become clearer and bloodier.

Wan’s return to horror is not particularly effective, and just that wee bit mechanical, but fun nevertheless.

Malignant is currently running in theatres