Mamta Mohandas: My role in ‘Bhramam’ is one of the most exciting that I have done 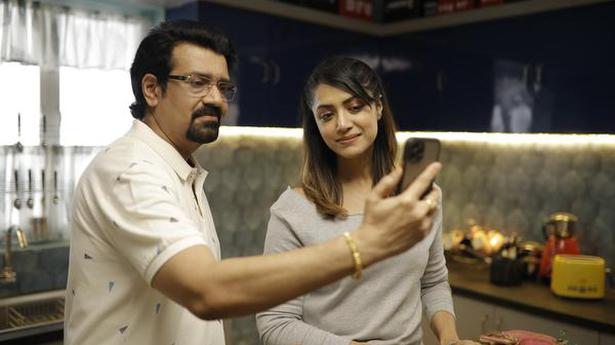 Mamta Mohandas watched Andhadhun (2018) as part of homework for her role in its Malayalam remake Bhramam to study how Tabu approached the character of Simi. Mamta is reprising that character in the film directed by cinematographer Ravi K Chandran. “There is a significant age difference between the character and me, so how was I going to portray Simi? It wasn’t going to be easy, as I am far younger than Simi. I brought in cuteness and innocent ‘bubbliness’. When you see someone like that, you don’t expect her to do something as crazy as what she ends up doing in the film.”

This is the actor’s first OTT release, she confesses she is very excited — “to the point of going ‘yay!’ I can now get a photograph of myself with Amazon Prime (logo)” she jokes. She has been busy the past year, working on six films one of which was Bhramam. Her co-stars in the film, which streams on Amazon Prime on October 7, are Prithviraj Sukumaran, Sankar Panicker and Raashi Khanna.

Tabu’s Simi is a layered character in the original, and so is Bhramam’s Gia Mamta says. Unlike any other character she has essayed, she enjoyed the character’s complexity counting it among the best she has done. This is her first time in a remake (of an Indian language film), an experience she enjoyed. “The character travels through so many layers…I hope I have been able to bring new things into it. The character of Simi is very different, especially the way it has been written. She is complex, we don’t get to meet such characters in real life. It is all in the writing!”

She cherishes the experience of working with veteran cinematographer Ravi K Chandran on his Malayalam directorial debut. “Raviettan is a beautiful person to interact with. He is the kind who remembers and cherishes things. We all know him as a cinematographer, but he was excited to wear the director’s hat. He was only worried about how a scene would turn out, not how it would look because that (cinematography) is in his nature. He went into the core of script, which gave me the energy, excitement and freedom to approach the role.”

There is another connection between Ravi K Chandran and Mamta: his older brother, the late Ramachandra Babu, was the cinematographer for her first film, Mayookham.

An OTT release is a first for her. “People everywhere can watch a film the same day it releases. Besides that, this platform has given producers an opportunity to give some of their old content, which the world can watch from the safety of their homes at the click of a button. Not all films can be enjoyed like that, but many can be. It will come to a point where different content will be made for OTT streaming and screening in theatres.”

She believes writers and actors can create without fear of censorship — “There is the freedom to executing certain scripts. An OTT platform is free to take on sensitive subjects or not. Writers can write what they want and actors can accept the roles they want to. There is an audience for everything. We have understood that. It is sad to say this, the first 7-8 years of my career seem insignificant. We didn’t have these platforms to promote our work!”

Last year, in November, she had launched her production company — Mamta Mohandas Productions — with a Malayalam rap single. She has a few scripts on hand, she’ll announce the company’s first production later this year or early 2022, she says.