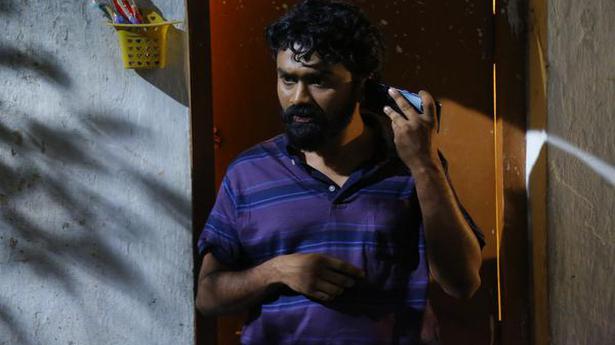 There is a real and present danger of data leaks and a breach of privacy. At a time when personal information getting leaked on the dark web makes headlines with alarming frequency, director Bhargav Macharla’s dystopian story for the Telugu film NET (streaming on Zee5). eerily, doesn’t feel too far fetched. What if private spaces are being watched 24/7, with the footage beamed to countless voyeuristic subscribers?

Bhargav looks at the ramifications of living a hacked life through the lives of two couples — Priya (Avika Gor) and Ranjith (Vishwadev Rachakonda) and Lakshman (Rahul Ramakrishna) and Suchitra (Praneeta Patnaik). Both — one who is are being watched and the one who watches — are doomed. The ones who gain are the middlemen who make a killing with the misuse of technology. The story, though, steers clear of showing or commenting on the middlemen.

Avika and Vishwadev start their lives together in a luxurious gated community in Hyderabad; one that strictly keeps away intruders. Ironically, the larger intrusion takes place through numerous tiny cameras fitted in the apartment, relaying happenings in Priya and Ranjith’s lives to subscribers on the dark web. The content is labelled free, silver or gold, depending on which room the footage is from. The couple have their own issues to deal with.

In contrast to the plush gated community, NET takes us into the rundown, cramped lower middle-class house of the other couple in Nalgonda. Lakshman never misses an opportunity to state that had he been better educated, he would have had a better job, and a better-looking wife! His obsession for fair-skinned women gets him hooked to footage of Priya’s life.

Bhargav contrasts the gender equations between the two couples. Ranjith cooks for Priya while Lakshman doesn’t acknowledge all that his wife does for him. Priya might take her time to reconcile after a fight, while Suchitra doesn’t realise for a long time that she is in an abusive relationship.

Naresh Kumaran’s music and Abhiraj Nair’s camera build the tension within both homes. The gradual deterioration of relationships is narrated effectively, though Lakshman and Suchitra’s spats get shrill and repetitive after a point. Ultimately, both women find their ways to rise above the treatment meted out to them.

NET could have been a full-fledged tech thriller had it looked at a crackdown on cybercrime, but it stays content in being a human drama, and leaving us with uneasy questions on privacy breach.

At 90 minutes, it’s a taut film that stays on course and is hugely helped by the performances of Rahul Ramakrishna, Praneeta and Avika. Vishnu Oi in a supporting part also makes an impression. Rahul and Praneeta do justice to their meaty parts, unafraid to let go of vanity and let their talent do all the talking. Avika comes into her own in the portions where she discovers the dark truth.

NET is currently streaming on ZEE5