HomeEntertenmentNetflix’s ‘Schumacher’ review: A touching profile of the man behind the wheel
Entertenment

Netflix’s ‘Schumacher’ review: A touching profile of the man behind the wheel 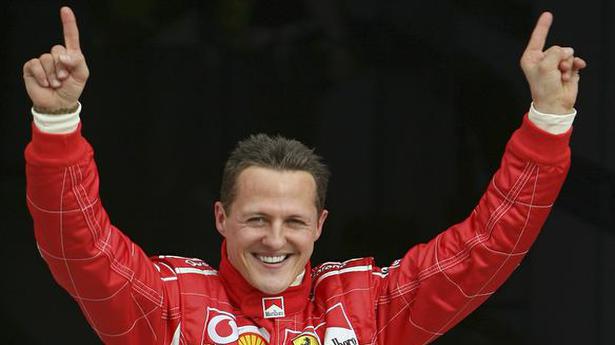 The documentary film gives a rare insight into the former Formula One champion’s private life, but questions about his current health still remain unanswered

“How’s Michael Schumacher doing these days?” Even the most well-informed sources can probably not give you the answer you’re looking for, because the former Formula One superstar’s immediate family has remained very tight-lipped about his condition, since he suffered a horrific brain injury while skiing in France, in December 2013.

However, what the family is trying to tell the world is that Schumacher is very much alive in their hearts and should be for all his fans across the world, in a touching new documentary film streaming on Netflix profiling the man behind the wheel. Given the family’s steadfast resolve to keep news on Schumacher’s health private, it must have been a creditable achievement to get them to lend their voices to the film, but they still stop short of answering that question above.

Rather than dwell too much on sadness and grief, the film celebrates the German’s life and career; the personality that lit up every room he walked into; the warmth and friendliness that didn’t discriminate between the hierarchy of people who served him — from engineers, to mechanics and cooks; the fierce competitor on the track and the jolly good fellow off it; the loving family man.

For those with very limited knowledge of Formula One, this film gives you all the background you need to know about one of its greats, thanks to its chronological style. Access to family archives shows the determined kid who cobbled together used tires and spares to win go-kart races; the reluctant celebrity who was content being a go-kart champion and never aspired to enter Formula One.

There’s a lot to condense in just under two hours of film, but what stands out is the portrayal of different sides to the man, both on and off the track. While the film toasts his numerous achievements, it also delivers interesting insights from his rivals, journalists and commentators on his “other side”. Schumacher was notorious for not accepting his mistakes in a controversy, and as his former manager Wili Weber put it, Schumacher, like a true Capricorn, would never apologise.

But in spite of the skirmishes following track collisions, allegedly orchestrated by Schumacher, whichever way you wish to look at it, he never lost the respect of his rivals. Several of his contemporaries feature in the film, including Mika Hakkinen, David Coulthard, Damon Hill, Mark Webber, Eddie Irvine. However, the tragic passing of one such rival, Ayrton Senna, in 1994, was to have a profound impact on Schumacher’s life and career. The deeply vulnerable side to Schumacher comes out when he breaks down at the press conference after he equaled Brazilian Senna’s record of victories. In an earlier interview, Schumacher chokes again when recalling the traumatic weeks after Senna’s fateful crash at Imola. While testing the track at Silverstone in the UK, Schumacher was filled with morbid thoughts at every turn, fearing he could meet the same end as Senna. It’s also a chilling sign of what was to come neatly two decades later, as he battles to stay alive.

The sport of Formula One truly lends itself to documentaries and films for its intense rivalries — between racing teams and drivers — (think Niki Lauda vs James Hunt) that produce tasty subplots even before race day. Filmmaker Asif Kapadia’s riveting documentary film Senna offered something that Schumacher lacks: a front seat view of the life and pressures of a F1 world champion.

Schumacher on the other hand goes deeper into the private life of a champion. As Schumacher’s father, wife and children speak, the smiles aren’t forced, they appear genuine, remembering the best of times. His wife Corrina shares a sweet anecdote about how she spent a night reading in the bathroom, so she would not disturb his sleep before a race.

The past seven years, however, are only glossed upon, given the limitations the filmmakers would have had to deal with in order to respect the family’s wishes. An overly emotional background score tries to compensate for the lack of available content. There may well be more chapters to his life, if his worst days are well and truly over.

Schumacher is currently streaming on Netflix