New on Amazon Prime: ‘Bingo Hell,’ ‘My Name is Pauli Murray’ and more A new documentary on legendary black lawyer Pauli Murray and a horror-drama starring Adriana Barraza, are the highlights on the platform this week

Set in the quietarrio of Oak Springs, meet a gang of tenacious elderly friends in Bingo Hall, that premieres on October 1. When their favorite Bingo Hall is sold to a new buyer, things take an unexpected turn and how! Directed by Gigi Saul Guerrero, the film has a star cast of Richard Brake, L. Scott Caldwell, Bertila Damas and Gigi Saul Guerrero among others.

A resourceful teenage girl leaves childhood behind when she battles a group of deadly vampires in Black as Night, an action-horror hybrid with a strong social conscience and a biting sense of humor. Fifteen years after Hurricane Katrina ravaged New Orleans, a new threat leaves its mark on the Big Easy in the form of puncture wounds on the throats of the city’s vulnerable displaced population. Directed by Maritte Lee Go and written by Sherman Payne, the film features Keith David, Asjha Cooper, Abbie Gayle and Fabrizio Guido, and streams from October 1.

Chronicling the life and ideas of the non-binary legendary black lawyer Pauli Murray, this Amazon Original Documentary My Name Is Pauli Murray illustrates her beliefs, thoughts and off course, poetry. Directed by Julie Cohen and Betsy West, tune into her impressive life story from October 1.

Embrace the laughter riot with the ultimate comedians from Germany in LOL: Last One Laughing on October 1. Directed by Ladislaus Kiraly and hosted by Michael Herbig, some prominent names in this comedy reality show include Anke Engelke, Barbara Schöneberger, Carolin Kebekus and Kurt Krömer among other talented comedians.

Dealing with a critical social issue of male pattern baldness, the film Nootokka Zillala Andagaadu revolves around the protagonist’s struggle with the social stigma and insecurities as he navigates through life. Directed by Rachakonda Vidyasagar and written by Srinivas Avasarala, the film stars Srinivas Avasarala, Krishna Bhagavan, Rocket Raghava and Rohini, and premieres on October 2.

When famous Youtubers meet celebrities, the tea is bound to spill! This season the Amazon Original True Story Avec S2 features Nathalie Odzierejko, Ludovik, Norman Thavaud and Gaëlle Garcia Diaz along with other who’s who of the entertainment industry. It premieres on September 30.

Tangled in love affairs with a gangster, a businessman and an author, Nicola is walking on a tightrope. Possessing the gift of clairvoyance, she has an intuition of her own death. The only fact she knows is that one of her lovers wants her dead. Starring Jason Isaacs, Amber Heard, Jaimie Alexander and Billy Bob Thornton, London Fields is helmed by Mathew Cullen, and can be streamed now.

Following the stories of braveheart men and women who serve the city putting their lives at risk, Station 19 is back with Season 5 from September 30. Created by Stacy McKee, the cast of the series includes names like Jaina Lee Ortiz, Jason George, Barrett Doss and Grey Damon among others.

Diving into the life of a family who is full of police personnel — the Reagans — Blue Bloods shows their sacrifices, struggles and triumphs. Created by Mitchell Burgess and Robin Green, the show has an ensemble cast including Donnie Wahlberg, Bridget Moynahan, Will Estes, Len Cariou and Tom Selleck, and streams from October 3.

Skate into the journey of Toronto Maple Leafs as their lives, both on ice and beyond the jersey, unfold. Featuring Kyle Dubas, Auston Matthews, Jake Muzzin and John Tavares to name a few, watch the exciting matches and preparation that goes behind them, in Amazon Original All or Nothing: Toronto Maple Leaf S1 on October 1.

Highlights of the week 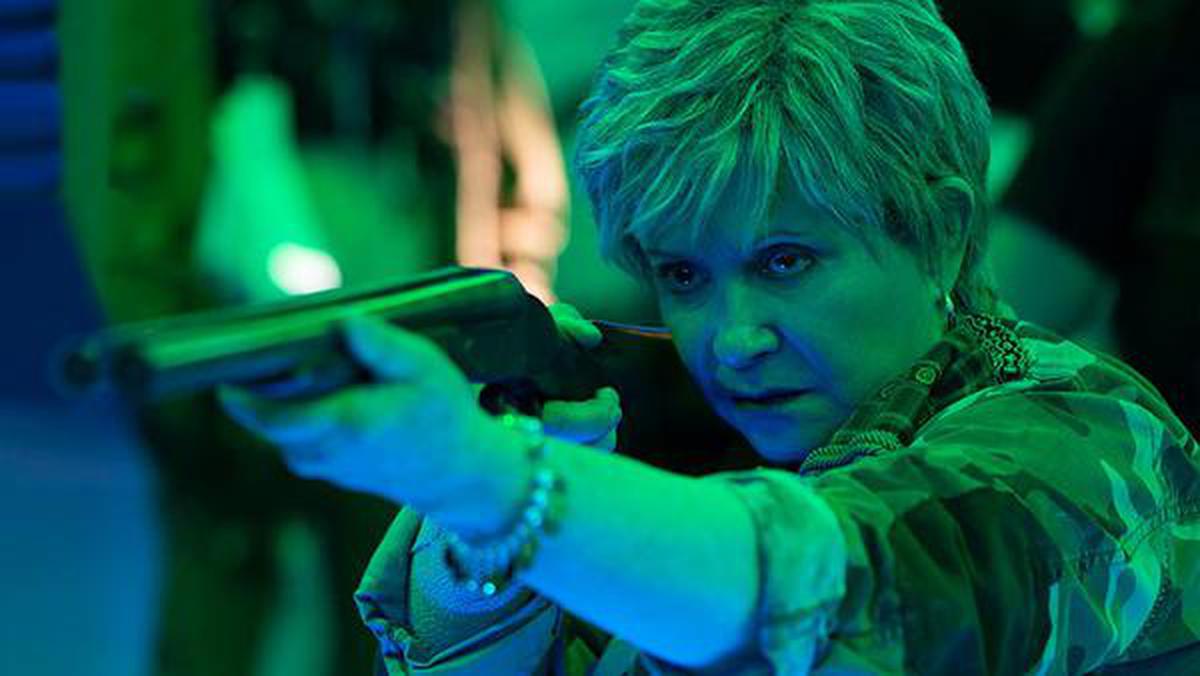 After 60-something neighborhood activist Lupita (Adriana Barraza) discovers that her beloved local bingo hall has been taken over by a mysterious businessman named Mr. Big (Richard Brake), she rallies her elderly friends to fight back against the enigmatic entrepreneur.

But when her longtime neighbors begin turning up dead under grisly circumstances, Lupita suddenly discovers that gentrification is the least of her problems. Something terrifying has made itself at home in the quiet barrio of Oak Springs, and with each new cry of “Bingo!” another victim falls prey to its diabolical presence.

All or Nothing: Toronto Maple Leaf S1 – 1st October Fifteen years after Hurricane Katrina ravaged New Orleans, a new threat leaves its mark on the Big Easy in the form of puncture wounds on the throats of the city’s vulnerable displaced population. When her drug-addicted mom becomes the latest victim of the undead, 15-year old Shawna (Asjha Cooper) vows to even the score.

Along with three trusted friends, Shawna hatches a bold plan to infiltrate the vampire’s mansion in the historic French Quarter, destroy their leader, and turn his fanged disciples back to their human form. But killing monsters is no easy task, and soon Shawna and her crew find themselves caught in a centuries-old conflict between warring vampire factions, each fighting to claim New Orleans as their permanent home. Hosted by Michael Bully Herbig, ten of Germany’s finest comedians are locked together for six hours to see who can keep a straight face while simultaneously trying to make their opponents laugh. Thanks to physical comedy, costumes, and sketches, comedians who laugh will be eliminated one-by-one. Bully not only observes the candidates from his command center but also sends one or the other unexpected “Bully joker” into the race. Who will be crowned the Last One Laughing and win a grand prize of EUR50,000 for charity? A man suffering from male pattern baldness does his best to cover up his insecurity. What happens when he falls in love and it’s time to come clean? London, 1999. Blessed or cursed, with the rare dark gift of clairvoyance, the cryptic, devilishly beautiful temptress, Nicola Six, is plagued by premonitions of death. Convinced that she is going to meet her fate on her 30th birthday and that the killer is one of the regulars of the noisy Black Cross Pub, Nicola starts dating three entirely different men: the blocked and terminally ill American author, Samson Young; the uncouth cab driver and aspiring darts champion, Keith Talent, and lastly, the wealthy and refined businessman, Guy Clinch.

But, as Nicola effortlessly becomes the object of desire of all three men, more and more, her destiny calls. One of Nicola’s suitors is a murderer. The question is, which one?

This spin-off of the critically acclaimed show Grey’s Anatomy follows the lives of the men and women of firehouse station 19 in Seattle, Washington. 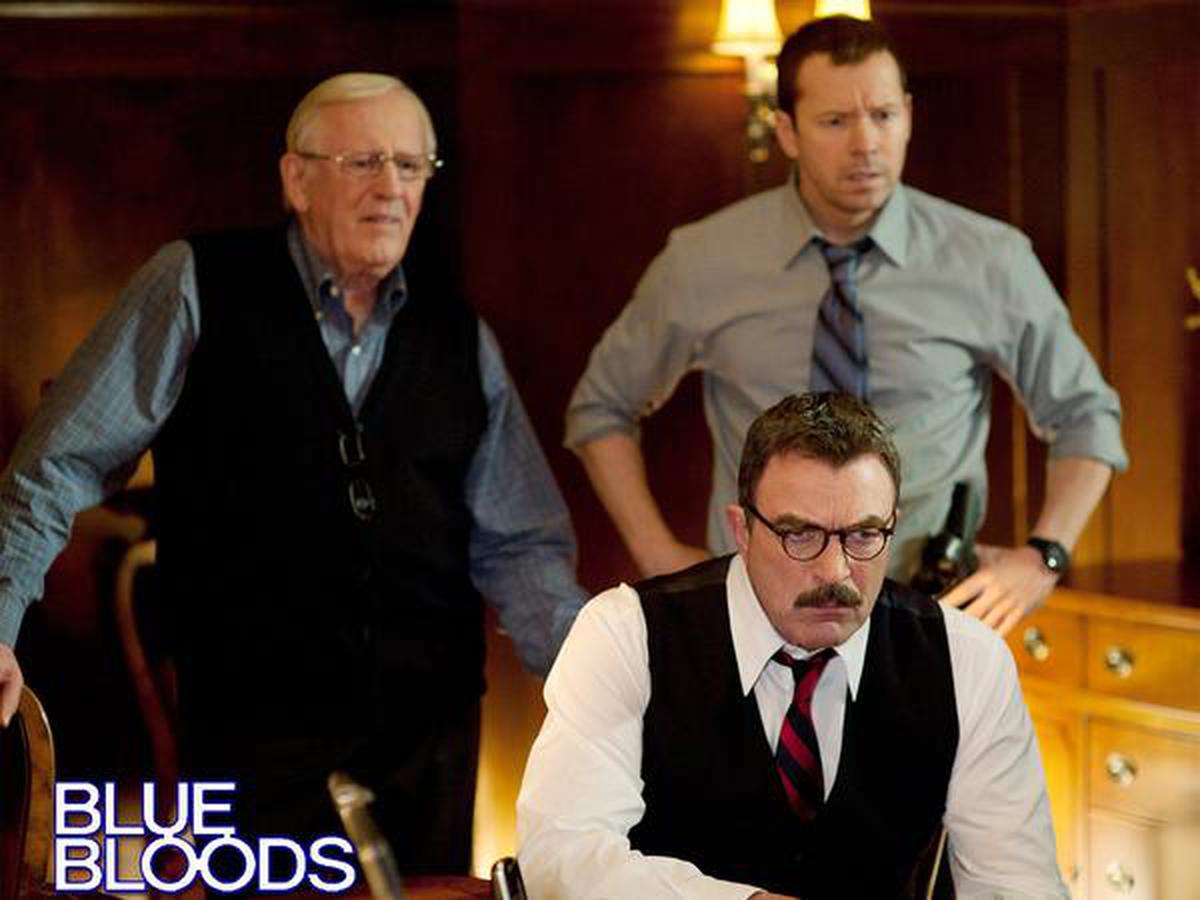 Blue Bloods follows the lives of the NYPD’s First Family of Law Enforcement: the Reagans. Frank, the Police Commissioner and son of former PC Henry Reagan, must balance his duties of running the largest police force in the world and being his kids’ boss. His daughter Erin is an Assistant District Attorney, son Danny is a senior detective and fellow Marine Veteran, and new Harvard Law grad turned cop, Jamie all swirl through this family drama and passionately defend their city from harm. The Irish-American family is deeply rooted in their patriotism, passion, and love of family.