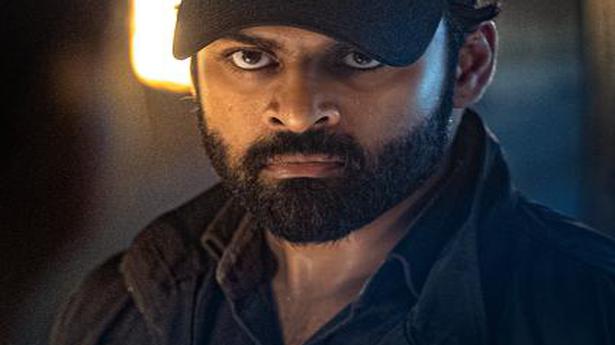 Actor Sai Dharam Tej who plays District Collector Panja Abhiram in director Deva Katta’s socio-political drama Republic, is aware of the grim reality. He wants to facilitate clean administration and states that he is not Bharateeyudu or Aparichitudu (the popular films directed by Shankar) to triumph over evil like a hero. This statement pre-empts what writers Deva Katta and Kiran Jay Kumar have in store. The narrative sidesteps escapist entertainment that we usually see in mainstream films.

Sure, Panja Abhiram is bestowed with extra power as an experiment, after his answers jolt senior members who interview him in the civil services interview. He is also cushioned from being transferred indiscriminately by the political powers. That sets the stage for a heady conflict with Visakha Vani (Ramya Krishna) who has the State under her thumb.

Before these two come face to face, Deva Katta shows us the cracks — police, government officials and civil servants have accepted that the system is deeply rotten and believe nothing can be changed. In films that leverage agrarian and environmental issues to project the hero as a saviour, the people are shown as hapless victims. Republic doesn’t let them off easily. It asks if we, as people in a democracy, truly want change and can stand up for it looking beyond caste and other divisions.

The film’s strength lies in how it doesn’t paint people as black and white. This comes in handy for Darshan’s (Jagapathi Babu) characterisation. A similar method is also used to humanise Visakha Vani, without absolving her of her crime.

The initial portions establish Abhiram as an idealist, giving up MIT dreams to take up civil services, after being challenged by a Collector if he can get into the system and clean it up.

The story is set in Eluru and its vicinity where the water bodies have been exploited for decades, rendering the land unfit for cultivation and the contaminated fish threatening human lives. There are the usual plot devices where people who discover the truth, and their families, are ravaged.

Republic uses this environment-agrarian crisis to raise questions, including police encounters of those accused of sexual crimes. Will the same method be followed if one of the accused has political connections? The film makes a case for a swift and fair judicial trial instead.

The songs and stunt sequences are minimal, and Sai Dharam Tej gets ample room to display his acting chops. He delivers a good performance, shouldering the proceedings with sincerity. Aishwarya Rajesh is credible as always. The NRI accent is a distraction; had she been cast as an Indian, it would have still worked for the story.

Portraying a mix of power and arrogance isn’t new to Ramya Krishna and this role is a cakewalk for her. What saves this character from becoming a cliche is the scene where she meets Tej for the first time. You wouldn’t expect them to spar on how they interpret the work of Darwin and Gandhi, would you? Now and then, the writing tries to make the audiences think. A farmer (Rahul Ramakrishna is good in a brief role) tries to protest peacefully, referencing Mahatma Gandhi’s non-violent movement. In the title credits, Deva Katta quotes George Orwell, ‘In our age, there is no such thing as keeping out of politics’.

In the latter half, a sequence that stands out happens in a courtroom whose interiors have a lot of grey. Many of the men and women who are part of the proceedings are also dressed in shades of grey. The colour code is apt for the truths revealed during the proceedings.

There’s a lot to observe and appreciate in Republic. But I wish it had ended differently. A little hope doesn’t hurt, does it?