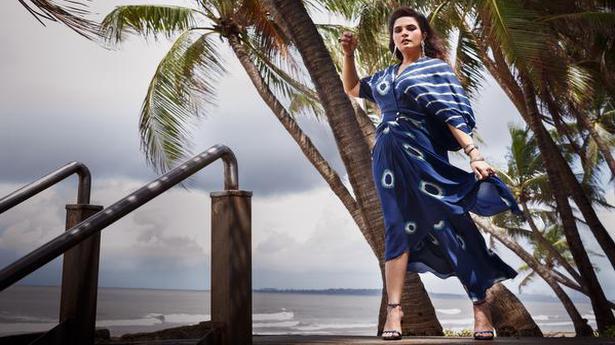 A slew of films aside, the actor on her production venture, realising the dream of an all-female crew, and why she is finally free of expectations

There was no big a-ha moment but sometime over the last few years, Richa Chadha realised that she did not care about others’ opinion of her choices. And this applies to different facets of her life. “I am less afraid to embrace my own whimsy, to write a book or get into production. I want to chart my own growth and create my own opportunities,” the actor and newly-minted producer explains. While she was never short on confidence, this new attitude has helped the 34-year-old stand up a little taller. “I’ve had people who I knew on Gangs of Wasseypur (2012) tell me to my face that they didn’t expect me to last in the industry. I don’t know if they realised how offensive they were being but I just didn’t care.”

In the decade plus years that she’s been in the movies, not only has Chadha survived but she’s positively thriving. Her latest long-format offering alongside Ronit Roy, Voot Select’s Candy, a psychological whodunit set in the hills, is getting favourable reviews for her role as a cop. The third season of Amazon Prime’s Inside Edge will drop soon and she is shooting for The Six Suspects, which is based on Vikas Swaroop’s bestseller and is directed by Tigmanshu Dhulia. There is also Fukrey 3 that will go on the floors soon and Anubhav Sinha’s Abhi Toh Party Shuru Hua Hai. Film projects aside, there is the production house Pushing Buttons Studios where she’s partnered with her real-life partner Ali Fazal. Their first film, Girl Will Be Girls is an Indo-French production to be directed by her long-time friend and director, Shuchi Talati. The film’s script has already been a part of the Berlinale Script Station, the Jerusalem Script Lab, and the recently-concluded Gotham Week.

The inception of Pushing Buttons was triggered not just by Chadha’s new boost of confidence but also ‘wanting more creative control’. “There’s nothing more heart-breaking than watching a film with great potential not go anywhere because it wasn’t edited properly or someone turned out to be a sleazebag,” she says. The couple’s vision for the production house is to bridge ‘the tremendous disconnect between the kind of people we are and the stories we are telling’. “Also being able to fearlessly approach stories and ideas,” adds Chadha.

In what would be a radical move of sorts, both Talati and Chadha are keen on having an all-female crew for the film. “This is a coming-of age story of a girl and it has a lot to do with her gender, her space in her school, and her relationship with her mother. There have been times when I have wished that there were only women on a set, and I have been on sets where, apart from the actors, the only women were hairdressers.”

Turning producer brings with it a whole new world of challenges, one that Chadha is prepared for. “Both Ali and I have seen the struggles, so we wanted to do our homework right and tick all the boxes in terms of what we have always wished for. This could be something as simple as writers and directors getting their due and more of a star status. Girls Will Be Girls has been in development for over two years. We’ve worked on the script, done the casting right, and applied for grants.” While Chadha and Fazal have worked together in the past, this is their first experience of partnering on a venture. “It’s all very new right now but I am looking forward to it. He’s a smart guy who knows his mind, our aesthetics match and we’ve both done the grind. I don’t think there’s any place for ego in our relationship, but I do anticipate some amount of creative disagreements. It’s natural,” she says.

Another new experience for Chadha has been writing a film script. While she doesn’t share details of the story, the actor describes the experience of writing as ‘surreal and interesting’. “I started about five years ago and I had a male writing partner. Again, this was an area that I didn’t have a lot of confidence in. I remember being always worried if he’d feel bad if I had a counterpoint. Again, it’s something I no longer worry about.”

A non-film commitment that Chadha is hoping to complete this year is a book of ‘personal essays that examine the long-term effects of colonialism’ for Penguin. “I’ve written close to 30,000 words, which includes interviews with people and all the research. But now, when I read what I have written, it doesn’t feel right because I have changed — my belief systems or understanding of body positivity, feminism or the industry isn’t what it used to be. So, I am very confused about whether I should go back and rewrite.” Whatever her decision, Chadha is mindful of not wanting to be ‘just another Bollywood acquisition for a publishing firm’.