Salman Khan: ‘Bigg Boss’ is the longest relationship that has lasted in my life 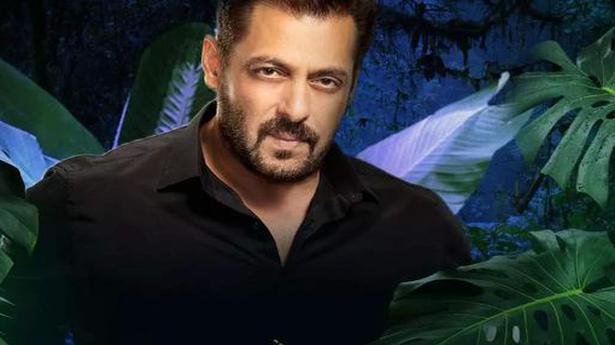 Salman Khan on Thursday said his over a decade-long association with the reality show “Bigg Boss” is his “longest relationship” and he keeps coming back to it every year, faithfully. Khan, who is currently shooting for his upcoming actioner “Tiger 3” in Austria, has been associated with the show since its season four in 2010.

The Hindi superstar will be seen hosting the 15th season of the Colors show, set to premiere on October 2.

In a video message shown to the media during a special event at the Pench National Park in Madhya Pradesh, the 55-year-old actor said the show has a strong hold on him and it brings a certain “permanency” in his life.

“(But) ‘Bigg Boss’ has brought a certain permanency in my life. Though sometimes for those four months, we don’t see eye to eye but when we are parting ways (after a season’s end), we are desperate to reunite,” Khan said in the message.

Present at the special event were former “Bigg Boss” contestants Devoleena Bhattacharjee and Arti Singh. The latest season will see contestants staying in a jungle, fighting for basic amenities before they enter the Bigg Boss house. “The facilities that contestants will get this time will be lesser than before. They will only get a tiny survival kit but will be scolded by Bigg Boss, punished, luxury budgets will be slashed,” Khan said.

During the special media event, the makers revealed that some of the contestants joining for the latest season include actor Shamita Shetty and choreographer Nishant Bhatt, who were recently seen on “Bigg Boss OTT”, the live digital show that aired on Voot Select. New entrants include TV actor Donal Bisht and Umar Riaz, the brother of Bigg Boss 13 finalist Asim Riaz.

Khan, who will return to India next week to shoot for the series, said a show like “Bigg Boss” offers him tremendous learnings: from managing his temper to increasing his patience. “I like the show. I get to learn a lot from the show. It tries my patience. Every time I lose my cool, I wish I hadn’t lost it. Then I try harder (to be patient). But the show’s format is such that something keeps happening and then I’ve to go and correct.”

“So you get to not only learn a lot but also meet so many new people, know their personalities,” he added.