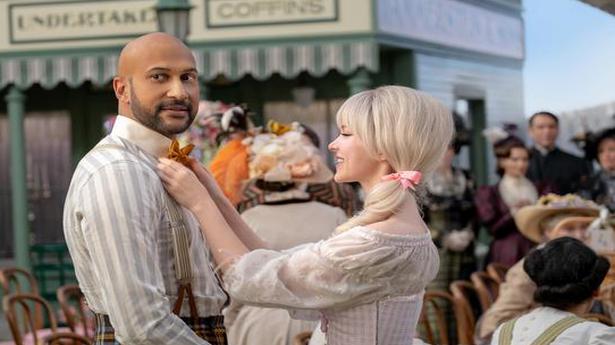 First off, I should confess that I am a huge fan of musicals. So, when Apple TV+ that currently holds a good roster of content under its belt, announced Schmigadoon!, a six-episode musical comedy series, I was hopeful. And, with one of my favourite comedians Keegan-Michael Key helming the cast along with SNL favourite Cecily Strong, I thought nothing could possibly go wrong. But there is little that went right.

Also read | Get ‘First Day First Show’, our weekly newsletter from the world of cinema, in your inbox. You can subscribe for free here

Observe the title: Schmigadoon! The exclamation point at the end rightly captures the show’s mood. It’s over-the-top, bright and loud; with a persistent, almost annoying need to be happy and cheerful. So, the story goes thus: Doctor-couple Melissa and Josh from New York City go on a hike to redeem their four-year-long, now rocky relationship, but they lose their way and find themselves in Schmigadoon, a town stuck in a 1940s musical. They are trapped in this town until they find “true love” or “whatever Schmigadoon thinks is true love”, as Josh puts it. The plot as a one liner is very intriguing, but the idea deflates as episodes go by. The series is loosely based on a 1947 Broadway production titled Brigadoon.

Granted, what they attempt with the town of Schmigadoon is a parody of the Golden Age musicals of the 1940s, but in the end, falls into its own trap, beyond repair. The protagonists constantly try to subvert by-gone stereotypes so much so that at certain points they spell it out to the audience: they tell, they do not show. On observing a character, Melissa at one point says, “Women are so underwritten in musicals.” But they should understand that their audience is cleverer than they think! 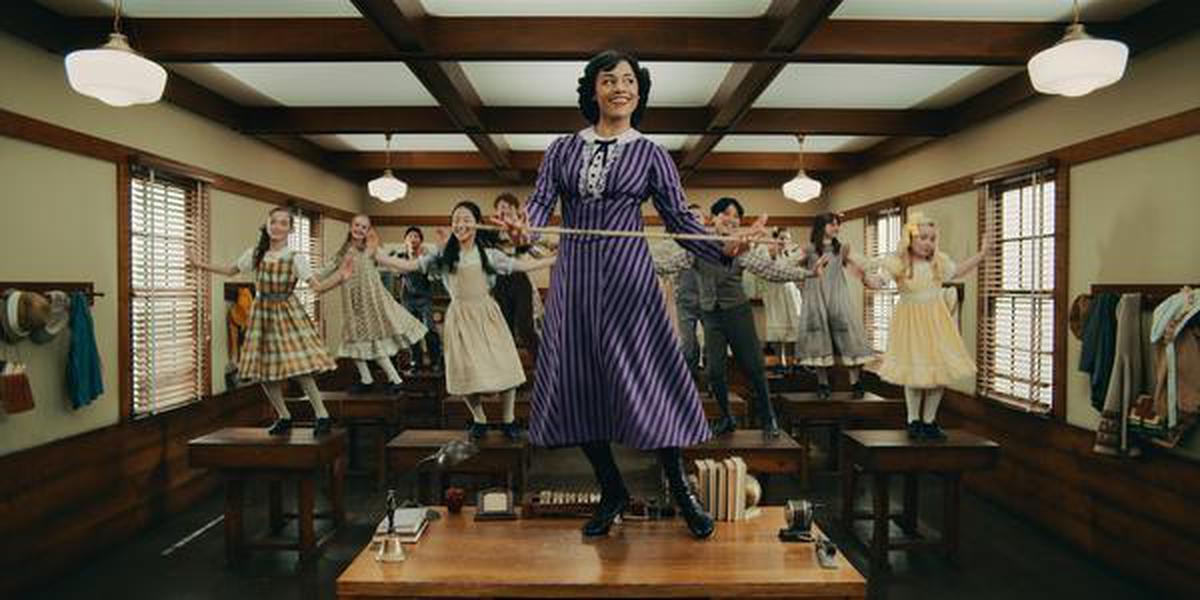 ‘Schmigadoon!’fails to deliver a spoof that would have worked well, if more layered

It goes without saying that good music forms the centre of a good musical. The moment Schmigadoon! was labelled as a musical, the composers should have strived for a different sound, that would go on to become its signature; something that would carry the entire production on its shoulders. Instead, songs that ooze familiarity (both in terms of rhythm and sound) riddle the series. Among the list of many short and full tracks, only Suddenly manages to strike a chord.

The cast is strong and their experience in theatre and Broadway come in handy, as they flit through the many numbers, effortlessly. Key (Josh) holds ground as the level-headed, practical boyfriend who doesn’t believe in musicals while Strong (Melissa), a dreamer with her head in the clouds always striving for the “perfect relationship”, falters one too many times. Having said that, Key loses control towards the end of the series when emotional interludes take over. That is when we know he is way out of his comfort zone.

However, notable performances come from characters in the background, such as that of Emma played by a charming Ariana DeBose and Mildred played by an exceptionally good Kristin Chenowth and Howard (the reverend) played by Fred Armisen. Each of these characters except the protagonists are modelled after characters from musicals such as The Music Man, Oklahoma and so on.

As intriguing as the plot sounds, Schmigadoon! fails to deliver a spoof that would have worked well, if more layered; if it addressed not just the surface-level stereotypes, but dug deeper into the time where the little town is set in.