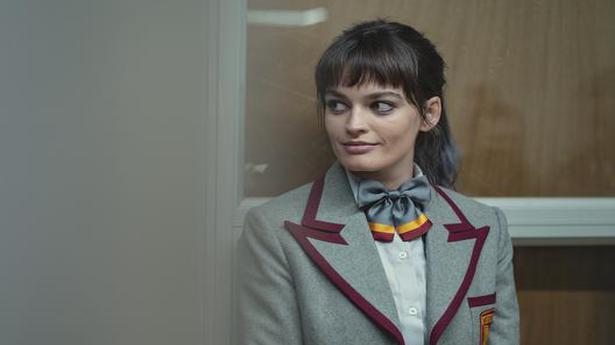 All that we have come to love from the show is there in spades; the warmth, tenderness, humour (the sacred and profane), and believable characters that we instinctively invest in

Season 3 of the eminently-likeable Sex Education begins with a delectable montage of couples having sex. Season 2 ended with alien erotica specialist Lily’s (Tanya Reynolds) many penis-ed musical, and Otis (Asa Butterfield) declaring his love for bad girl Maeve (Emma Mackey), only to have his message deleted by her neighbour Isaac (George Robinson) on the caravan park who has feelings for her.

The new term at Moordale sees a new head teacher, Hope (Jemima Kirke), after Groff is asked to go on leave. Over the holidays, Otis has hooked up with the super-popular Ruby (Mimi Keene) much to the surprise of all his classmates. Jean is trying to get the courage to tell Jakob (Mikael Persbrandt) about the baby. Ola (Patricia Allison), Jakob’s daughter, who Otis dated, is now seeing Lily and trying to get on the same page as her.

As Adam tries to come to terms with his sexuality and his jealousy of Rami (Sami Outalbali), his father also has to do some rejigging of his life. Without a job and an impending divorce from his long-suffering wife, Maureen (Samantha Spiro), things look pretty grim for him.

We happily welcome back all Moordale’s colourful cast of characters, from headboy Jackson (Kedar Williams-Stirling) who needs to find something new to care about after his swimming career is on hold, to Aimee (Aimee Lou Wood) who is still trying to process the assault on the bus and seeks help from Jean to do it. Her boyfriend, Steve (Chris Jenks) tries to be understanding without much success. Ruby’s friends, Anwar (Chaneil Kular) and Olivia (Simone Ashley) cannot understand Ruby’s feelings for dorky Otis with his questionable fashion sense.

A still from Season 3 of the show

Erin (Anne-Marie Duff), Maeve’s drug-addicted mother cannot forgive Maeve for calling social services to place her daughter Elsie in foster care. Colin (Jim Howick), the school’s science teacher and conductor of the swing band and Emily (Rakhee Thakrar) are a couple looking to take the relationship to the next level. Cynthia (Lisa Palfrey) the owner of the caravan park and her husband, Jeffery (Joe Wilkinson), deal with bereavement in different ways. The goofy Kyle (Jojo Macari) thinks he can step into the sex guru vacuum left by Otis. The ambitious Viv (Chinenye Ezeudu) who coached Jackson in the previous season has to make a choice between doing the right thing and advancement. A family wedding in Nigeria gets Eric and his mum (Doreene Blackstock) thinking about experiments with truth.

New entrants this season apart from Jemima Kirke as Hope — who turns out to be not as cool as she presented herself (more of a Dolores Umbridge) — are Dua Saleh as the non-binary student Cal, and Jason Isaacs as Peter, Groff’s over-achieving brother.

All that we have come to love from the show is there in spades; the warmth, tenderness, humour (the sacred and profane), pop songs and believable characters that we instinctively invest in. Go Moordale Secondary!

Season 3 of Sex Education streams on Netflix from September 17