HomeEntertenment‘Shang-Chi and the Legend of the Ten Rings’ movie review: Marvel’s most...
Entertenment

‘Shang-Chi and the Legend of the Ten Rings’ movie review: Marvel’s most enjoyable comfort watch yet 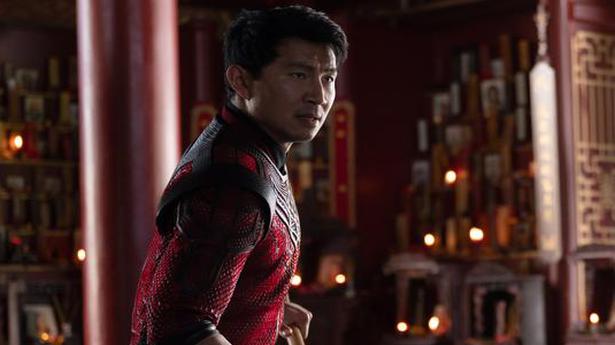 Simu Liu and Awkwafina star in the latest MCU instalment, that is balm for our big screen-spectacle-starved eyes

For its 25th instalment, the Marvel Cinematic Universe (MCU), looks to Asia. While Shang-Chi and the Legend of the Ten Rings might not inspire the raw awe and wonder of Black Panther for its nuanced take on African and African-American culture, it is quite good fun. The costumes, sets, effects, fights, dragons, music and cast are all uniformly good and maybe that is the problem; good but not gob-smacking or helmet-inducing mind-blowing.

An origin story, Shang-Chi and the Legend of the Ten Rings tells of Wenwu (Tony Leung) who in his millennium-long search for eternal power, commands the 10 rings and becomes a fearsome, unbeatable warrior. When he falls in love with Jiang Li, (Fala Chen) the guardian of the magical land of Ta Lo, he gives up the rings and settles down to be a family man, taking pride and joy in his children, Shang-Chi (Simu Liu) and Xialing (Meng’er Zhang).

A terrible tragedy sees Wenwu pick up the Ten Rings again and train Shang-Chi to be an assassin. Ordered a hit at 14, Shang-Chi runs away to San Francisco, changes his name to Shaun, and hangs out with Katy (Awkwafina), a hotel valet. All changes when a bunch of thugs, including the scary Razor Fist (Florian Munteanu) attack Shang-Chi and Katy. The two head to Macau to meet Xialing realising that Wenwu has scary plans, that include opening a door in Ta Lo that must always remain locked, to let out an evil, soul- sucking monster.

Shang-Chi and the Legend of the Ten Rings

The fight sequences, especially the one aboard the bus in San Francisco, the climactic battle with sinewy colourful Asian dragons (very different from the reptilian grey-green European ones), and many others in between, are all balm for our big screen-spectacle-starved eyes— humble apologies for a weakness for alliteration.

Michelle Yeoh as Jiang Nan, again plays the mystic guardian; she can surely spout cryptic clues in her sleep now. Leung (Infernal Affairs and In the Mood for Love) lends the necessary gravitas to the conflicted Wenwu, creating a far more subtle villain than the original, stereotypical Fu Manchu.

Awkwafina gets some of the laughs, but the lion’s share goes to Ben Kingsley’s Trevor Slattery, the out-of-work drunk actor who was hired to play Mandarin in Iron Man 3. Now clean and somewhat serene, Slattery is still fun along with his cute animal sidekick that is missing a head. His description of how watching Planet of the Apes with his mum inspired him to be an actor, is hilarious.

Shang-Chi and the Legend of the Ten Rings is the perfect comfort watch, down to the karaoke of Hotel California; you can check out any time you like, but you can never leave.