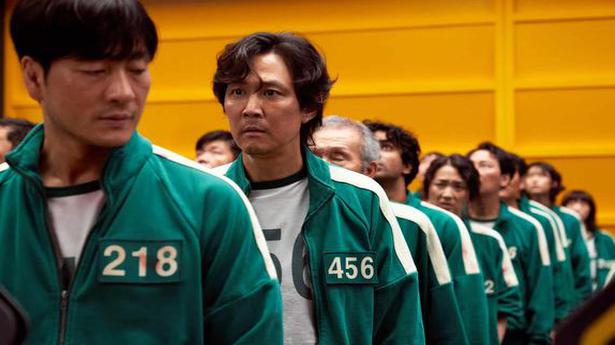 The survival K-drama shocks on basis of its ingenious premise, but sustains interest due to its razor-sharp writing and compelling ensemble cast

The best way to get started on watching Netflix’s most recent phenomenon Squid Game would be to avoid reading or watching anything related to the smash-hit show. A tad ironical if you’re here on this page, but rest assured, this will be a spoiler-free review.

Since its release, Squid Game, which Netflix has touted to potentially be their biggest show yet, has blown the collective minds of millions of viewers around the globe. The internet is currently a minefield of spoilers; there are memes, conspiracy theories, rants and excited discussions on every possible online platform delving deep into the Korean show, and justifiably so. Written and directed by Hwang Dong-Hyuk, the nine episodes manage to leave its viewers horrified, yet invested in the show, thanks to the razor-sharp writing and compelling performances by its ensemble cast.

The survival K-drama’s premise in a nutshell? We follow 456 debt-ridden contestants as they compete in a series of children’s games for a mind-boggling cash prize. The contestants however soon discover that the stakes are deadly, and when the organisers speak about an ‘elimination’… they mean it quite literally.

Squid Game begins with introducing us to some of the contestants: Compulsive gambler and chauffeur Seong Gi-Hun (Lee Jung-Jae); Cho Sang-Woo (Park Hae-Soo), a shrewd investment manager who is currently wanted for fraud; and North-Korean defector Kang Sae-Byeok (Jung Ho-Yeon). The three of them, and several other characters including Abdul Ali, a foreign worker from Pakistan (played by a very endearing Anupam Tripathi), are neck-deep in financial distress and the brutal, manipulative rules of the game do little to help. It’s a relief that the show’s subplot, led by detective Hwang Jun-Ho (Wi Ha-Joon) is smartly written as well, often providing for many tense, edge-of-the-seat moments.

For several desperate contestants, the prospect of being out there in the real world is more daunting than the dystopian, violent world they’ve voluntarily opted to go into. “I’d rather stay here and die trying, than die out there like a dog,” declares one contestant in a scene which is very telling of how unforgiving life has been to them. It takes very little time for them to turn on each other as well, and their overnight descent in violence and chaos makes for one of the most spine-chilling sequences… of which there are many.

There’s gratuitous violence, several nerve-wracking moments, and some truly terrifying revelations and betrayals, but what makes Squid Game go beyond a textbook survival show-template are the rare moments of camaraderie the contestants share. One can’t help but cheer them on as they attempt to work as a team through a truly harrowing game, or when one contestant covertly helps another one with his task thanks to a silly, yet life-saving hack.

While Lee Jung-Jae plays the simple-minded yet helping Gi-Hun with ease, it’s Park Hae-Soo as the shrewd Sang-Woo who intrigues. What could have been a run-of-the-mill part with grey shades, is brought alive by the actor, into a character you can’t help but feel empathetic yet angry towards.

Another breakout performance comes from Ho-Yeon, in what is stunningly, her debut K-drama. If her portrayal of the enigmatic Kang Sae-Byeok is anything to go by, a star is definitely born. The model-turned-actor is extremely convincing and slips into her role effortlessly. Some of the best scenes belong to her, and her equation with another participant Ji-yeong (Lee Yoo-mi) provies some surprising emotional heft to the drama.

For such a bizarre and brutal premise to work, the technical aspects need to be top notch, and Squid Game well and truly pulls out all the stops. The eerily bright pinks, greens and yellows that adorn the corridors and staircases are a rather clever and farcical front for all the horrors that go on within the facility. The cinematography here elevates the tone of the show; it is consistently unsettling and bordering on voyeuristic. The background music too adds to the all-round eeriness, but never threatens to overwhelm the proceedings. Thanks to all these elements coming together perfectly, the show never finds the need to resort to cheap jump scares; there’s enough craft here to unnerve audiences.

The last couple of years might have seen a tremendous increase in interest for Korean dramas globally, but Squid Game manages to up the ante in spectacular fashion, and appeal to viewers who aren’t familiar with the genre before. It is easily among Netflix’s best original Korean shows, joining the ranks of its earlier smash hit Kingdom.

Here’s to hoping a second season is greenlit at the earliest… but please don’t bring that damned giant doll back. If you know, you know.