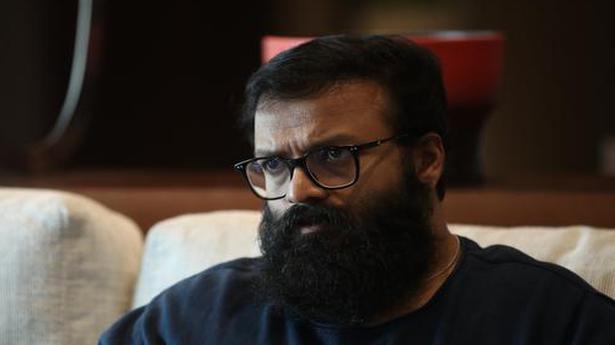 In his eighth collaboration with the actor, director Ranjith Sankar draws on the pandemic experiences to tell the story of a man, for whom the virus is the least of his concerns

If making the protagonist relatable is something that could help the movie connect effectively with its audience, Sunny has something very relatable to start with, in this pandemic period. The quarantine experience, forced by COVID-19, is something that many will find it easy to identify with. Sunny (Jayasurya) has just landed back in Kerala from a stint in the Middle East, and checks in at a high-end hotel to spend his mandatory quarantine period.

But that’s where the relatable part ends, for Sunny is someone who is saddled with a truckload of problems, much more than that an average human being would face. Everything that can go wrong has gone wrong in the life of this down-and out-businessman, who is also a part-time musician. He is facing a huge debt after a friend deceived him, his marriage is on the rocks, and he is struggling with a drinking problem that could threaten his life.

In his eighth collaboration with Jayasurya, director Ranjith Sankar draws on the pandemic experiences to tell the story of a man, for whom the virus is the least of his concerns. An element of mystery shrouds Sunny in the beginning, when he is shown to burn his passport as soon as he lands. We slowly begin putting the pieces together from the phone calls he makes, and from his conversations with a woman staying on the floor above him, whose face is only partially shown. Sunny is the only major character to make an appearance on screen, with the rest of them making their presence felt through the voices of some known actors.

In his initial days inside the hotel, one gets a sense that the character of Sunny is a continuation of Jayasurya’s previous outing as the drunkard Murali in Vellam, except for his economic status. He is hallucinating and falling apart, with the isolation adding to the problem. But with the extent of his problems slowly getting revealed, we also visualise the director setting it all up for a motivational movie in these rather bleak times.

Though Jayasurya somehow manages to keep the interest alive, acting out Sunny’s sudden ups and downs, the script — which has an easy going manner about it — really does not do the same. It seems to be tailored to magically solve all his problems, in the same way it piled on all these issues on a single person at the same point in his life. But the conflicts or the resolution never manage to build any anticipation to pull in the viewer, who can watch it all with a sense of detachment. Despite the soaring background score at key points, the script is such that the film itself never soars above the average territory.