‘The Mad Women’s Ball’ review: A piercingly poignant and sobering slice of the past 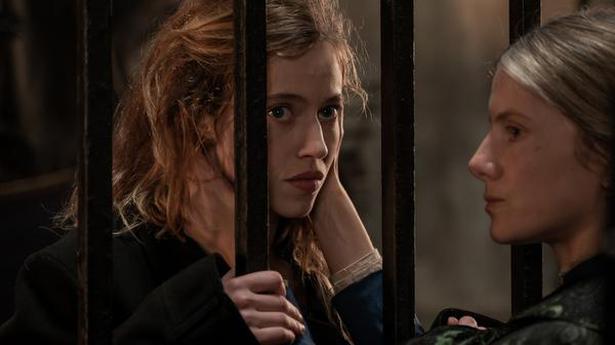 Watching films in their original languages is much more satisfying than a dubbed experience. No offence to dubbing artists, but there’s something to be said about feeling the weight of words you do not understand. Whether you are watching Money Heist in Spanish or Parasite in South Korean, the true gamut of emotions comes through the screen and the disruption of subtitles is hardly considered a price to pay.

I had a similar experience with Le Bal Des Folles or The Mad Women’s Ball, directed by Mélanie Laurent, and adapted from the novel by Victoria Mas.

Set in 1885, The Mad Women’s Ball follows upper-class Eugénie Cléry (Lou de Laâge), who is forced by her family into Pitié-Salpêtrière, a neurological clinic in Paris after she confided in her grandmother and her brother that she sees spirits. Eugénie, at first, feels out of place in the falling-apart institution run by Dr Jean-Martin Charcot (Grégoire Bonnet) and head nurse Geneviève (Laurent); the latter helps Eugénie adjust to her new circumstances. As the film’s title suggests, the residents at the clinic look forward to the annual ball for which they get to dress up, be merry and dance all night long.

De Laâge’s performance is stellar, following Eugénie’s journey from shock and betrayal to acceptance and optimism while grappling with the pain of her circumstances. While Eugénie is transported from luxury baths and feasts to a life of barely utilitarian needs, Geneviève’s chosen work at the controversial clinic and her comfortable life at home. As Eugénie’s family demand her to be less progressive and more subdued, Geneviève’s father insists his daughter be a woman of science and less emotional. The two women’s lives are juxtaposed without much force through the film, which can be unsettling – in a good way.

Laurent further proves her dual talent in The Mad Women’s Ball, making directing and acting look effortless. As Geneviève cares for all the women at the institute, she becomes especially close to Eugénie, curious about her claims of seeing and hearing spirits. As a director, she engages de Laâge and her other actors.

Production designer Stanislas Reydellet creates an eerie bubble for the women of The Mad Women’s Ball. Be it the sinister airs of the Pitié-Salpêtrière, the lavishness of Eugénie’s family home or the livened up ballroom for the final scenes, Reydellet channels a lot of unsettling dreaminess into his sets Given the Pitié-Salpêtrière is very real, Reydellet does well in maintaining the building’s austerity to let the actors take centre-stage.

The Mad Women’s Ball teems with close-up shots — courtesy Nicolas Karakatsanis who convined Laurent for much of the film to be shot using film — notably when Eugénie feels spirits around her, when Geneviève mourns the loss of a loved one and, later, when Eugénie is undergoing the various controversial ‘treatments’ at the clinic: sensory deprivation, isolation and hydrotherapy. Audiences are forced to confront the spectrum of emotions the characters feel, from shock and pain to submissive acceptance.

For a film like this, no score is the best score in certain scenes where the music could overwhelm a despondent moment. When Eugénie is sent to solitary confinement, there is no score, emphasising the screams of those locked away in those dark cells.

The film sells the fact, that women who were not of the appropriate template were to be ostracised without question. But, still, screenwriters Julien Decoin, Laurent and Christophe Deslandes have done well in adapting Mas’ novel into a love letter to women who have ever felt silenced.

However, the story does not feel ‘done’, and perhaps that is Laurent’s mission here: to make the audiences feel unsettled about something long past. And it works, specifically with Louise’s (Lomane de Dietrich) storyline which takes a rather wincing turn. Would The Mad Women’s Ball have been better paced with a series format? The finite nature of a single film leaves a lot to interpretation.

Though The Mad Women’s Ball does not exactly have the emo grit of Girl, Interrupted, the intrigue of Shutter Island or the anti-establishment overtones of One Flew Over The Cuckoo’s Nest, Laurent exercises a fair amount of restraint not to avoid being heavy-handed and lets the film find its own more subtle voice in a busy genre of psychological drama-thrillers.