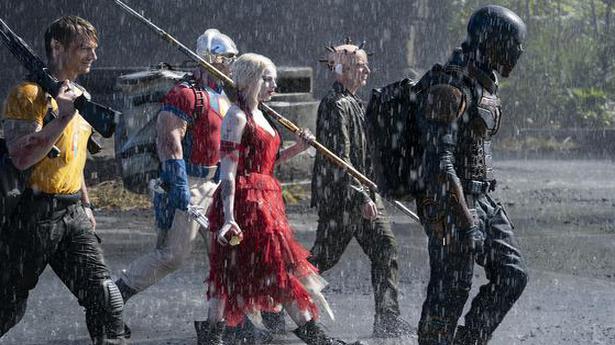 ‘Guardians of the Galaxy’ director James Gunn injects the supervillain outing with his particular brand of zip and energy, making it violent and funny in equal measure

My absolute favourite of all the extremely likeable antiheroes in The Suicide Squad is Nanaue, the adorable, chubby, man-eating human-shark hybrid. How can one’s heart not melt at Nanaue, with the voice of Sylvester Stallone, the shark’s grin with pink gums and razor-sharp teeth, flat black eyes and an attempt to blend in with the locals with a false moustache?

Guardians of the Galaxy’s James Gunn, who has written and directed The Suicide Squad, has injected the film with his particular brand of zip and energy. The DC Extended Universe’s tenth film is violent and funny in equal measure. After superhero films became these brobdingnagian money spinners that everyone worshipped, the time was ripe to take them down a couple of pegs. There have been films and shows with an irreverent take on the meta-humans who walk among us. Gunn riffs off that sentiment with The Suicide Squad, which he has rightly described as “its own thing”.

A coup in the small South American island nation of Corto Maltese results in Amanda Waller (Viola Davis) sending two Task Force X teams (that is Suicide Squad’s proper name). Team A led by Rick Flag, (Joel Kinnaman) is betrayed and all members except for Harley Quinn (Margot Robbie) are killed in a variety of gory, grotesque ways. Flag is captured by rebel soldiers. While all manner of mayhem is happening to Team A, Team B led by Bloodsport (Idris Elba), is able to sneak into the island.

The mission is to destroy a scary laboratory, Jötunheim, conducting secret experiments, called Project Starfish. The plan is to get into the laboratory with the help of The Thinker (Peter Capaldi), who is in charge of Project Starfish. Gunn purposely chose to people The Suicide Squad with a bunch of losers, but what a charismatic lot they turned out to be.

There is the Peacemaker (John Cena) who cherishes “peace with all my heart. I don’t care how many men, women, and children I need to kill to get it”. The Polka-Dot Man (David Dastmalchian) is the result of an experiment with an interdimensional virus gone wrong. The Ratcatcher 2 (Daniela Melchior) took over the mantle from her father Ratcatcher (Taika Waititi) and has a pet rat named Sebastian (voice of Dee Bradley Baker).

While the action is all bang for the buck, the sly humour is delicious. There is something chuckle-inducing about a giant starfish with a single, massive eye clomping down the streets and swatting away buildings. The discussion on TDK’s (Nathan Fillion) name — “How can a name be just letters?” gets the just response of “all words are letters” — and reminds one of the discussion on Popinjay’s name in Catch-22. There is also a conversation on whether Bloodsport’s description of Peacemaker’s underwear has a racist slant (tighty whities). The Peacemaker wondering if there is any connection between Project Starfish and the other end of the alimentary canal will provoke giggles, while Harley Quinn telling The Thinker “If you cough without covering your mouth, you die,” will surely make for a timely public interest poster.

And if none of that floats your boat, there is always Nanaue’s attempt to speak Spanish as another level of disguise. Awww…

The Suicide Squad is currently running in theatres