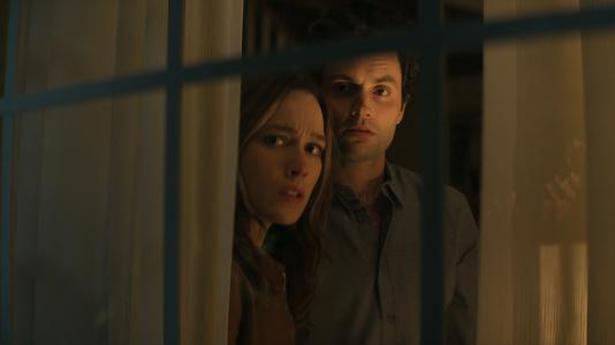 Just when we thought psychodrama series ‘You’ could not get any more depraved, the third season brings in more bone-chilling arcs that can unsettle even the most desensitised viewer

Every time I hear Joe Goldberg say, “And then… I saw you,” a sense of nauseating foreboding sinks in. Penn Badgely’s voiceover delivery in Netflix’s You rivals none when it comes to the haunting deep rumble of his voice and the slow, predatory pacing. And for season three, Badgley ups the ante.

The deeply disturbing turn of events at the end of the second season saw Love Quinn (Victoria Pedretti) reveal that she not only developed an unhealthy obsession with Joe (more than he did with her) but also left a trail of bodies – Candace Stone and Delilah Alves – in her wake because of it. Oh, and let’s not forget the minor announcement that she was pregnant with Joe’s child. Joe, now feeling stifled by the equally deranged Love, accepts the responsibility of raising his child with her and the cosy family moves to an affluent neighbourhood in the suburbs, as a way to restart their lives. But we know that does not last long.

The final frames of season two catch Joe peeking in on a woman who lives next door, thus kickstarting a new cycle of stalking. Fans everywhere hypothesised that this could be Joe’s mother who abandoned him as seen in a series of flashbacks, bringing his storyline to full-circle… but, like Joe, we had to wait.

A new setting means a new set of characters. Joining season three are Shalita Grant as Sherry Conrad, a mom-fluencer with ‘mean girl’ tendencies, Travis Van Winkle as Sherry’s husband Travis, an adrenalin junkie who runs a supplement company, Tati Gabrielle as Marienne, a librarian with a dark past of her own, Michaela McManus, a mysterious real estate agent living next door to the Goldbergs, and Scott Speedman as Matthew Engler, Natalie’s husband who is a tech-preneur.

From the last two seasons, clearly, Joe has still not learned that shoving a baseball cap on your head and lurking behind a sparse shrub or staring ghoulishly from a window in brightly-lit room are not means of effective spying or stalking. But, as he becomes increasingly infatuated with Natalie, Joe’s circumstances are more challenged; he has to think about the unpredictable and intuitive Love who knows him all too well. Badgley and Pedretti’s chemistry continues to soar in season three, easily slaloming between codependency and a fight for individual identity, which even ‘normal’ couples may reflect upon.

Just like Paco from season one and Ellie Alves from season two, Joe and Love’s child Henry ‘Forty’ is a representation of untarnished innocence. In some way, the baby symbolises the pressure they feel to be as normal as possible. Joe struggles to bond with Henry while Love seems to find some part of her late brother Forty in him – an idea forced upon them by Love’s dysfunctional mother. The conscious decision of bringing children into a very messy equation also raises the urgency for accountability and responsibility. And this time, being parents, Love and Joe have to take some long hard looks at themselves.

Their marriage is not what either expected, so they go to couple’s therapy; and the sessions brim with murderous innuendo unseen by the unsuspecting therapist. These scenes are probably some of my favourite parts of the new season, just because watching the back-and-forth between the two actors is like a slow-motion car crash. 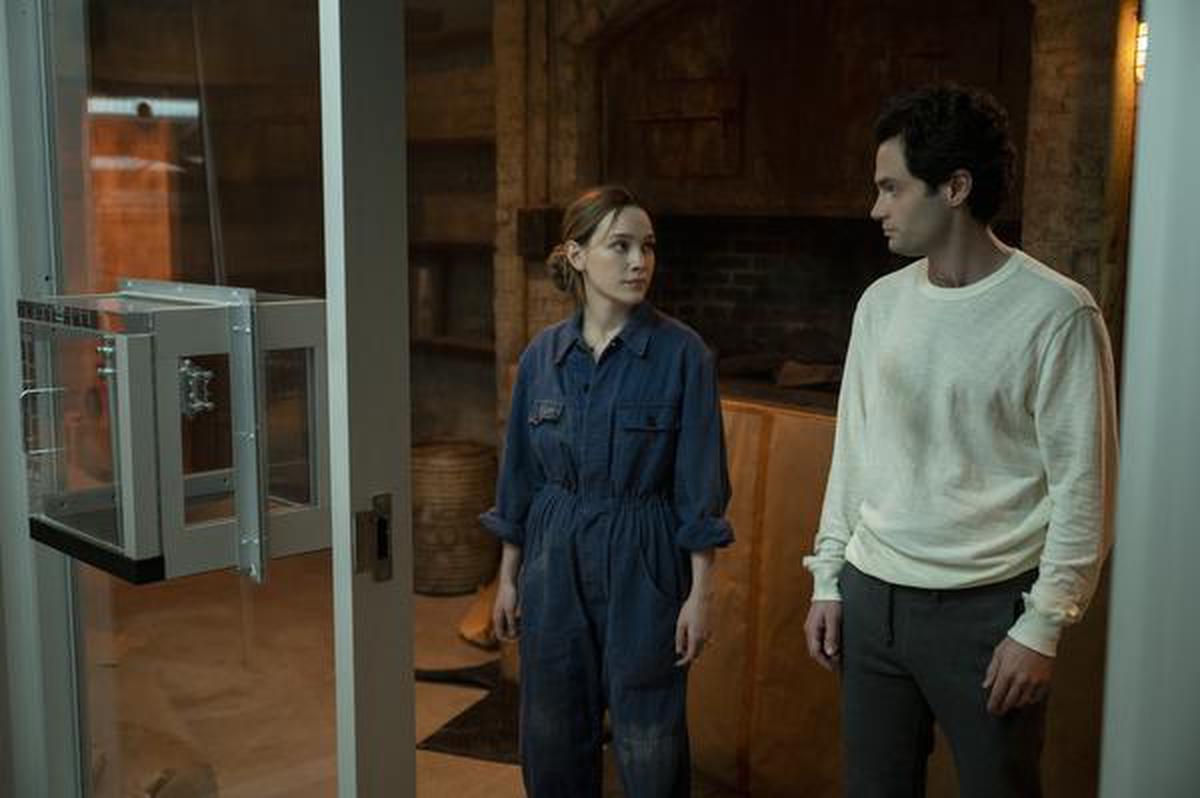 Pedretti brings her A-game, as expected; portraying a somewhat delusional Love who still craves Joe’s love and is determined to put her heinous past behind her. The picture of ‘white girl privilege for social justice’, it is alarming how often I empathised with Love, particularly when she wants to start her own bakery and deals with Joe’s formulaic behaviour. We are even blessed with a few voiceovers from Love in episode six, giving us insight into her grief over Forty’s death and her antagonistic relationship with her mother. And Pedretti, whose knack for switching from desperation to boiling anger, continues to leave an impact making this her best You performance to date.

Badgley continues to impress as Joe; given the stakes are raised, the actor’s approach to the role seems to evolve. Badgely, manages to weave in a lot of comfort in his portrayal of Joe for a third time running.

Just like season two’s setting of hipster Downtown Los Angeles, the stifling conditions of rich-folks suburbia make themselves known very early on, be it through over-the-top kids’ birthday parties or a troubling missing person’s case that exposes the neighbourhood’s true priorities. Heading this snobby collective is Sherry, and Grant, down to the annoyingly-accurate details, plays a woman who loves her children but possibly loves herself and her lifestyle a little bit more. And right alongside Joe, we judge Sherry for everything she does and represents. And let’s be real: we all have a Sherry in our lives.

Once again, You has ushered in a great range of actors that support the storytelling well; Tati Gabrielle brings a likeable complexity to Marienne while Dylan Arnold does well to embody troubled student Theo Engler (Matthew’s stepson) finding his way in the world, and Speedman and McManus paint a compelling picture of intriguing neighbours.

Due to the mindful treatment of the triggering themes of You, the series has undoubtedly been one of Netflix’s successful adoptions; it took its sensationalist form from Showtime (season one) and turned it into something that is equal measures of sinister and riveting, layering the experience with a haunting and minimalist score and slow cinema to let audiences appreciate every frame.

Audiences often second-guess themselves whenever they scroll through social media to check in on an ex, eyeing an old friend in a grocery store or even peeking in on the neighbours’ goings-on. And that is what the team behind You exactly want; they want the audiences to not just feel uncomfortable, but also look at how society often excuses the privileged and beautiful for the most questionable actions.

Given the creepy dead-pan nature of You at times, it is easy to be greedy for perfection given the series grapples with so many social issues at once. Through Joe and Love’s new lives, the writers have put fresh spins on the storylines to avoid hackneyed cliches. The careful doses of dark humour and Joe’s disturbing lens help this along. Major credit to You’s writers for the steady pace of the new season, keeping in mind the series is essentially Joe’s diary so we only see what Joe wants us to see.

Season Three of ‘You’ streams on Netflix from October 15.